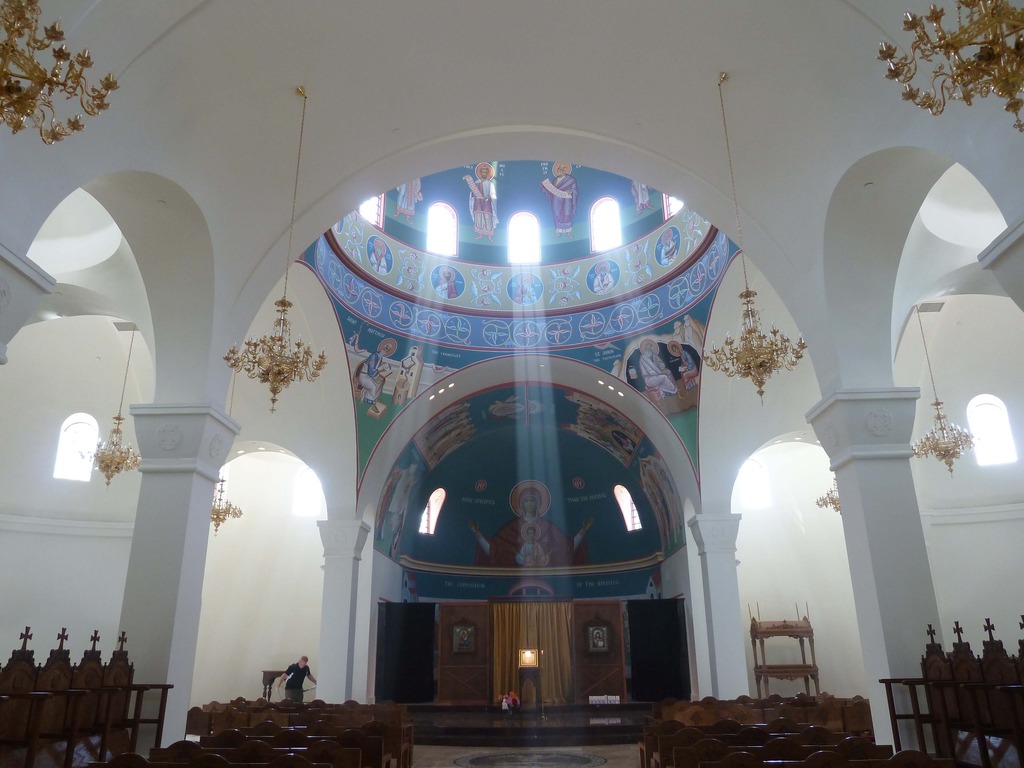 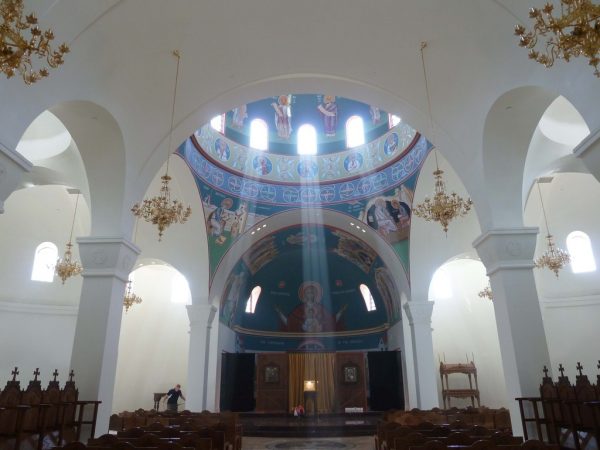 While Obama and the enemedia elites busy themselves spinning tales of phantom “islamophobia,” news stories like this never see the light of day.

This is not Iraq — this is America.

Father Josiah Trenham mentioned “intimidation” to the parishioners of St. Andrew Orthodox Church, and he was quite right: Islamic supremacists and jihadis routinely traffic in intimidation. That’s based on a Qur’anic command: “And prepare against them whatever you are able of power and of steeds of war by which you may strike terror in the enemy of Allah and your enemy and others besides them whom you do not know, whom Allah knows” (Qur’an 8:60).

When they practice this intimidation, they generally find Westerners — especially Christian leaders — unwilling and unable to do anything in response but submit to it: the Christians are anxious to show themselves to be charitable and loving to the Muslims, without realizing that as far as the Muslims are concerned, this equates to surrender. Hence the many Christian leaders who counseled that in the face of the jihad murder of cartoonists of Muhammad, the charitable thing for Christians to do would be to accept the Sharia blasphemy restrictions on speech, at least regarding criticism of Muhammad.

This is not to say that Christians shouldn’t be charitable and loving, but sometimes the most charitable thing to do is to refuse to allow the intimidator a victory for his intimidation. Giving in to intimidation only encourages more of it. Christians in the U.S. need to have a public discussion of this point, since one thing is certain: there are going to be many, many more incidents like this one at St. Andrew Orthodox Church. 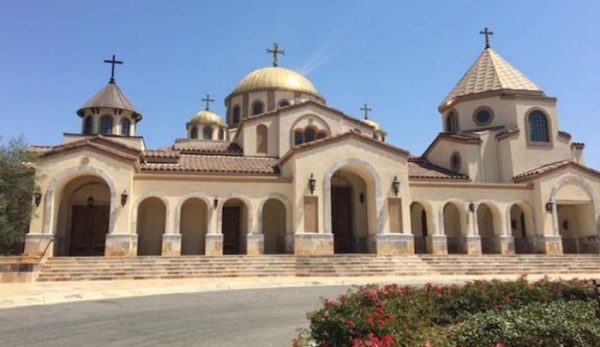 As Father Josiah Trenham prepared to read the Gospel, several parishioners discreetly scooped up their babies, retreated up the aisles of St. Andrew Orthodox Church and out into the spring air, so as not to allow the crying of little ones to disturb the divine liturgy.

The time-honored tradition was shattered when a car passed by the Riverside, Calif., church, slowing down as the front passenger leaned out of his window and bellowed menacingly through a bullhorn, according to witnesses.

Witnesses were able to give Riverside police a description of the green Honda Civic, but not of the three occupants. Some told police they believed one or more of the men may have been taking photographs, according to Officer Ryan Railsback. Although Trenham insisted multiple congregants heard the Arabic phrase, Railsback noted no mention of it was in the police report.

In omitting this, was the author of the police report running some politically correct interference for area Muslims?

Whatever the case, no law was broken – even if an unmistakable message was sent and received.

“Be calm and to keep a special vigilance over the property and our children while we are at church,” Trenham wrote in an email to parishioners in which he recounted the disturbing event. “Pray that these provocative young men might repent of their intimidation and be saved.”

Trenham told FoxNews.com last week the situation remains “tense and tenuous,” and said the church now has security officers on hand for all regular services.

“It is a deep sorrow to live this way in the ‘new America,’” he said.

The incident took place on April 12, some four months after a terror attack left 14 dead in nearby San Bernardino, and just over three months before a French priest was killed by ISIS-linked jihadists in his church. The events, whether far or near, underscore a grim new reality for pastors such as Trenham: Instead of offering sanctuary from evil, churches could in fact be attractive targets for terror….

In February, Khial Abu-Rayyan, 21, of Dearborn Heights, Mich., was arrested after he told an undercover FBI agent he was preparing to “shoot up” a major church near his home on behalf of ISIS. A month earlier, the Rev. Roger Spradlin of Valley Baptist Church – one of the biggest congregations in Bakersfield, Calif. – told attendees that they had received a threat written in Arabic.

“Undercover officers were then placed during worship services,” Valley Baptist spokesman Dave Kalahar said. “The FBI continues to investigate along with the local task force.”

Last September, an Islamic man clad in combat gear was charged with making a terrorist threat after entering Corinth Missionary Baptist Church, in Bullard, Tex., and claiming that God had instructed him to kill Christians and “other infidels.” A year earlier, police were called to Saint Bartholomew’s Catholic Church in Columbus, Ind., after the house of worship was vandalized with the word “Infidels!” along with a Koranic verse sanctioning death for nonbelievers. Similar graffiti was found that same night at nearby Lakeview Church of Christ and East Columbus Christian Church.

St. Bartholomew Pastor Clem Davis said he doesn’t know if the threat was legitimate, but said little can be done to harden a target whose mission is to welcome all.

“I don’t know that there is any real protection against the ‘lone wolf’ mentality, not without infringing on everybody’s freedoms,” Davis said. “We don’t have metal detectors, people go in and out. Churches are family-orientated, public, tax-supported spaces; so they may appeal to some as a target.”

Synagogues have faced increasing threats in recent years, too. Earlier this year, the FBI disrupted a plot by a Muslim convert to blow up the Aventura Turnberry Jewish Center, in Aventura, Fla. A 2014 audit by the Anti-Defamation League (ADL) found that anti-Semitic incidents rose 21 percent across the country that year.

Eastern Orthodox Christians, who in many cases suffered persecution at the hands of radical Muslims in their Middle Eastern homelands, believe they may be singled out because of their heritage. Mass at St. Andrew typically attracts up to 400 worshippers with roots in Syria, Iraq, Saudi Arabia, Jordan, Russia and Greece.

“We have guards now; we never used to have guards,” said St. Andrew attendee Solomon Saddi, a Syrian-American Christian. “They keep an eye on everyone and talk to the faces that aren’t familiar,” he continued, referring to the aftermath of the April incident. “It is a very dangerous time for us even in America.”…