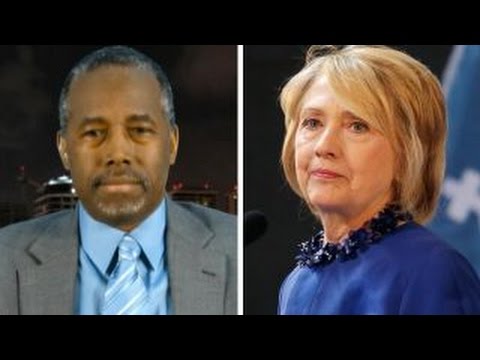 “These things should be open to the public”

Noting that Hillary’s age is a reason to be on the look out for any worsening medical conditions, Carson said that it was “critical” for Clinton to undergo a medical examination given the important position she may be about to take.

“That information should be something we have access to because it’s very important in terms of making that decision – also recognize that the presidency is not a nine to five job – it is extraordinarily grueling and you need to have everything going for you,” said Carson, adding that a mental examination should also be required of Hillary.

“These are the kind of things that should be open to the public in making such a critical decision….there’s no way we should even consider doing it without having a look at those records,” added the former presidential candidate.

As Dr. Marc Siegel pointed out, Carson is one of the top neurosurgeons in the United States.

Siegel went on to note that Hillary’s fall in 2012 could have caused brain damage that lead to long term problems with memory, thinking, dizziness and walking.

The video of Hillary over-reacting to reports could have been a “mini-seizure,” according to Dr. David Samadi, and obviously shows some kind of “neurological issue”.

Siegel added that videos which show Hillary having “brain freeze” where she can’t remember words or the last thing she said was worthy of “more investigation”.

As we highlighted, back in 2008 the media obsessively reported on John McCain’s ill health, prompting him to release his medical history to reporters. However, this time around leftist media outlets have framed questions over Hillary’s health as a “conspiracy theory”.