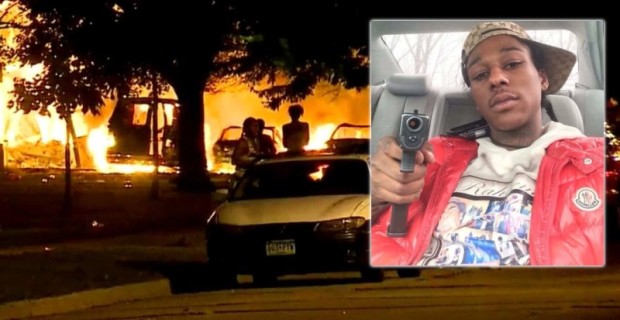 Video footage shows the sister of the man shot dead by police in Milwaukee calling on rioters to burn down white suburbs instead of their own neighborhoods.

“You’re burnin’ down sh*t we need in our community.”

“Take that sh*t to the suburbs. Burn that sh*t down!” she demands.

According to police, body camera footage shows 23-year-old Sylville K. Smith aim a gun at officers before he was shot dead by an African-American cop.

The incident sparked a wave of violent unrest that continued through Sunday night.

Milwaukee is the most segregated metropolitan area in the United States, with whites almost exclusively living in the suburbs.

Between 1950 and 1990 there was a “white flight” from Milwaukee County into Waukesha County and suburbs of Milwaukee.

Smith’s call for rioters to stop burning down their own communities is being reported by the media as a rebuke to those behind the violence.

However, in reality she is really just calling for the mayhem to be inflicted on the suburbs, or in other words – where all the white people live.

Milwaukee Alderman Khalif Rainey responded to the weekend’s violence by tacitly threatening more riots if “oppression,” “unemployment” and “injustice” wasn’t addressed. Rainey failed to explain what this had to do with an armed man with a lengthy criminal record aiming a gun at police officers.

As we reported yesterday, the white people brave enough to venture through Milwaukee on Saturday night were directly targeted for racial attacks, with rioters yelling, “they white, get their ass!,” as they attempting to drag white drivers out of their vehicles.