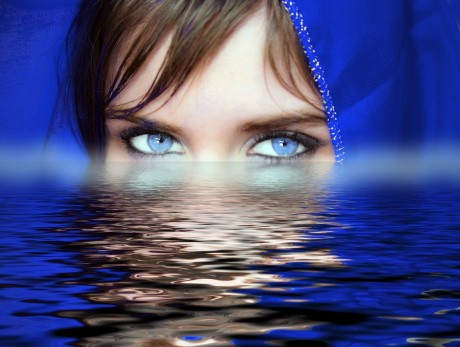 A cloud of madness is descending on America, and most of us are completely unprepared for the chaos that will be unleashed during the months ahead.  This morning, I was reading through Deuteronomy when I came to a phrase that really resonated with me.  In the Modern English Version, this is what Deuteronomy 28:34 says: “You will go insane because of what your eyes will see”.  As I read that, it struck me that this is precisely what America is heading for.  There are going to be people that have vast quantities of food and supplies stored up that are still going to blow their brains out when they see what happens to this country because they don’t have any hope.  Without hope, I don’t know how anyone is going to make it through what is coming.  If you think that the unrest and violence in Milwaukee are disturbing, just wait for a while, because much, much worse is on the way.

On Monday, Wisconsin Governor Scott Walker declared a state of emergency in Milwaukee, and the National Guard was brought in but not deployed after another night of chaos made headlines all over the globe.  According to Fox News, 11 police officers have been injured by the violence so far…

Additionally, an 18-year-old man was shot and seriously injured, and officers had to use an armored vehicle to retrieve the man and take him to a hospital. Flynn said the city’s ShotSpotter system recorded 30 instances of gunfire on Sunday night, after 48 instances were recorded on Saturday.

It has also been reported that another police vehicle was set on fire late Monday night.  Authorities are desperate to avoid a third night in a row like this, and so a strict curfew has been put in place…

“After 10 o’clock your teenagers better be home or in a place where they’re off the streets,” Mayor Tom Barrett said.

Barrett made the announcement as tensions remained high in the Sherman Park neighborhood and police were out in force while the National Guard was on standby and ready to move in if necessary.

And that is one of the saddest things about this latest round of violence.  So much of it is being done by youngsters that are just kids.  Their minds have been poisoned, their emotions have been stirred up, and they are committing random acts of violence that would have been unthinkable for American teens to commit just a couple generations ago.

Racial tensions are constantly being fueled by many of our politicians and by the big mainstream news networks.  As a result, instead of coming together as a country and learning to love people no matter where they are from or what they look like, we have entered a time when people are literally becoming fearful of being around others that don’t have the same skin color that they do.  Just check out this quote from CNN…

Just two days ago, I delivered an address down at Morningside that was all about love.  As a society, we have got to learn to love one another or we are simply not going to make it.

Since I am the publisher of several major websites, I get to review comments that people leave on the various articles.  Many of those comments never get published on my websites, and in a lot of those instances this is because they contain some of the most hateful racist language imaginable.

Every single person, no matter who they are, where they are from or what they look like, is of immense value.  When we decide to believe otherwise, we are making an absolutely tragic mistake.

It isn’t just in Milwaukee that violence is rising.  Over in Chicago, we just witnessed the deadliest day in more than a decade.  As I recently detailed on The Most Important News, there are at least 150,000 gang members living in Chicago today, and only about 13,000 law enforcement officers of all types to deal with them.  That means that the police are outnumbered by a more than 10 to 1 margin, and at this point shootings are up about 50 percent compared to the same time last year…

Last week the Chicago Tribune pointed out that nearly 100 people had been shot in Chicago in less than a week.  9 people were killed on Monday alone marking the deadliest day for the city in 13 years.  Now, with weekend data out, turns out the story is even worse.  For the week ended 8/13, a total of 110 people were shot in Chicago with 24 of them killed.  YTD statistics indicate the city is spiraling out of control with total shootings up to 2,621, a mere ~50% YoY increase, with 445 total homicides.

The ironic thing is that Chicago has some of the strictest gun laws in the entire nation.  Obviously, what the liberal politicians have been attempting to do is not working.  The following comes from the New York Times…

Not a single gun shop can be found in this city because they are outlawed.  Handguns were banned in Chicago for decades, too, until 2010, when the United States Supreme Court ruled that was going too far, leading city leaders to settle for restrictions some describe as the closest they could get legally to a ban without a ban. Despite a continuing legal fight, Illinois remains the only state in the nation with no provision to let private citizens carry guns in public.

If unrest and violence are spiking this dramatically in places like Milwaukee and Chicago now, what are things going to be like when economic conditions start getting really, really bad in this nation?

During the months and years ahead, we are all going to see things that we never thought we would see happen in America.

In a world gone crazy, people are going to need hope, and that is why hope is going to become a larger and larger part of my message.

Hal Lindsey once said that we “can live about forty days without food, about three days without water, about eight minutes without air…but only for one second without hope.”

So let us all be a source of hope, because it is going to be in very short supply during the days to come.