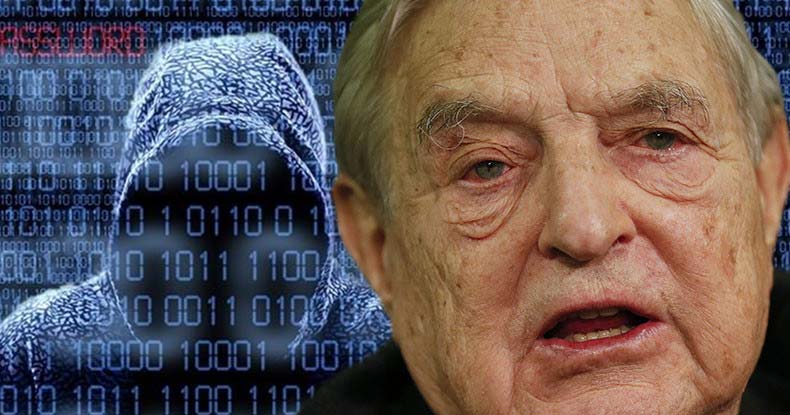 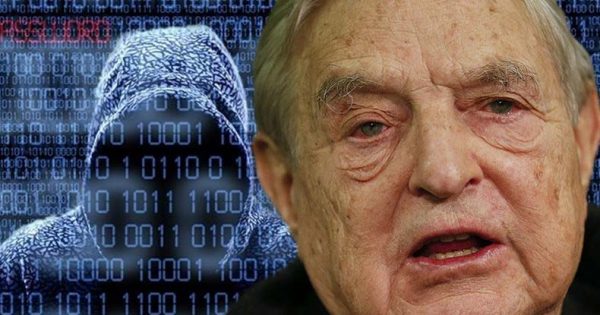 George Soros has been hacked and, according to the Western mainstream press, the Russians did it! In fact, that is the entirety of the story for most of the mainstream outlets – that the Russians hacked such an important American figure and therefore made their power play over American elections yet again. This Russian hack comes after Russians hacked the DNC, Hillary Clinton, hired Donald Trump to destroy the country and invented a time machine enabling them to go back in time and prevent the election of Barack Obama. It doesn’t matter that there is as much evidence for the latter as there is for the former, the mainstream outlets are wild with speculation and neo-McCarthyism.

It also doesn’t seem to matter that the hackers are apparently DC Leaks, an American-based hacking group that state as much openly in their own releases. In fact, the hacks themselves are not even garnering as much attention as the alleged and speculative identity of the hackers, another example of how the Western press is doing nothing but implementing damage control policies for their benefactor and co-conspirator.

In what will likely be a historic leak, not only George Soros but his Open Society Foundations and a number of groups supported by Soros were hacked to the tune of 2,576 files which have already been released by DCLeaks. The files come from institutes and Soros-operated/funded organizations all across the world – USA, Europe, Asia, Latin America, Africa, the “President’s Office,” and the “World Bank.” The documents span from 2008-2016.

The files are assembled from a wide and varied collection of documents. One document already made public is the one entitled “EUROPEAN CRISIS: Key Developments of the Past 48 Hours” as well as another entitled “The Ukraine Debate In Germany.” The releases also contain an update of specific financial aspects of grants.

In addition, an email leaked by WikiLeaks earlier this week revealed that Soros had advised then-Secretary of State Hillary Clinton on how to handle foreign policy decisions related to Albania, advice which Clinton accepted.

George Soros is most well-known for playing a major role in the funding and facilitating of the “Bulldozer Revolution” in Serbia that overthrew Slobodan Milosevic in 2000, Georgia’s “Rose Revolution” of 2003, the 2006 push to move Turkey toward a more Islamist governing structure, and even the Occupy movement in the United States among a great many others – none of which brought anything other than greater misery, impoverishment, and police state mechanisms to bear on the general public.[1] The Occupy movement, being the only exception, still brought nothing to its participants except the opportunity to burn off excess anger and energy along with a few cracked protester skulls. It was otherwise an incredible waste of time. Soros has also been instrumental in funding and radicalizes the Black Lives Matter movement that has produced riots, racial attacks, and general racial tension across the country.

Soros is a well-known patron of the American Left – generally radicalized identity politics and cultural Marxist organizations and causes. His numerous think-tanks, Foundations, and NGOs often make his money difficult to track. The money that is known about, however, demonstrates that Soros is clearly a “color revolution” artist and that his efforts inside the United States are as effective as his efforts overseas.

According to Jewish Press, a few of the organizations revealed to have received funds from Soros by the recent DCLeaks include Adalah (pro-BDS), New Israel Fund (anti-BDS), and Black Lives Matter as well as the Herman Schwartz Human Rights Law Fellowship. Other organizations funded by Soros as revealed by the leaks include Women Against Violence, I’lam, Media Center For Arab Palestinians In Israel, Mada al-Carmel, Kayan-Feminist Organization, Mossawa Center, Molad, The Galilee Society, Al-Tufula Center, Ma’an, Injaz, Sidreh, Lakiya, Baladna, Arab Association for Human Rights, National Committee of Heads of Arab Local Authorities In Israel, and PILI Foundation.

By no means is this an exhaustive or complete list of the litany of organizations funded by Soros. It is expected that many more organizations will come to light as the documents are investigated further, at least by the alternative and independent media. Unfortunately, what is already publicly known regarding Soros’ control over “dissident” groups and resulting “revolutions” across the world is disturbing enough.