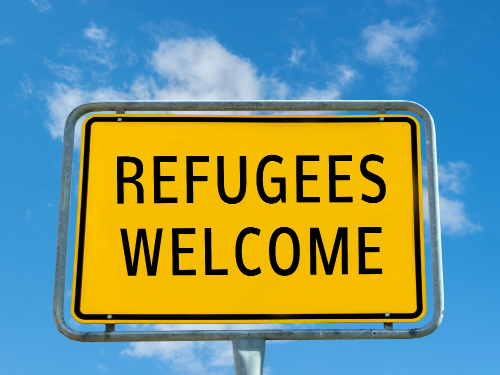 After accepting well over a million refugees, most of whom have settled in Germany, it appears that EU member states are finally done with the refugee crisis. The number of refugees accepted into the EU has drastically dwindled over the past year. Last summer, when the refugee crisis was at its peak, EU states promised to admit 160,000 refugees, but so far they’ve only accepted 6,000.

The French in particular have fallen far short of their quota, which is understandable considering how many terror attacks have occurred on their soil. They’ve only admitted 1,330 of the 30,000 that they pledged to resettle.

This means that the EU is no longer the main destination for refugees from the Middle East. That distinction now belongs to the United States, which at the behest of President Obama, has admitted 8,000 refugees. Another 2,000 are expected to arrive in the US this year.

Which has to make you wonder, is the US about to become the next big destination for hundreds of thousands of refugees? If Turkey doesn’t make good on its threat to open the floodgates and allow millions of refugees to pour into Europe, and if Hillary wins this election, then the answer to that question is likely a yes.