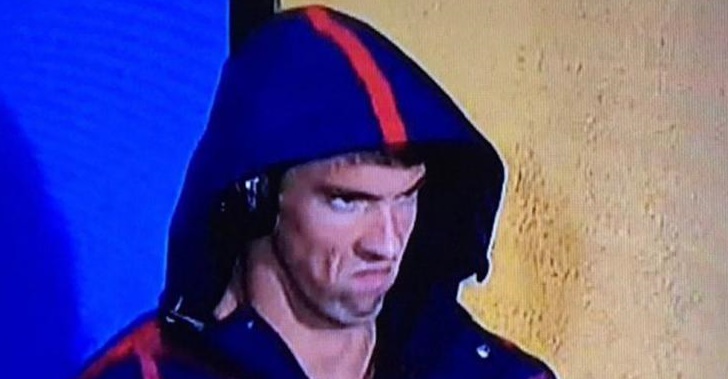 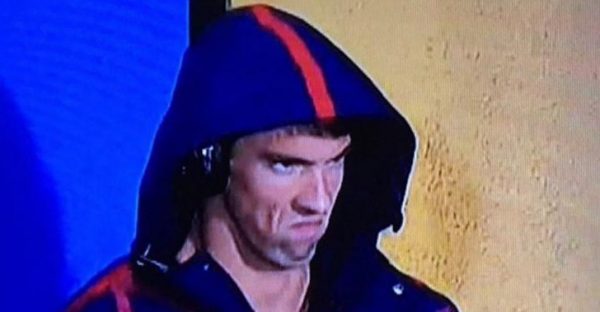 “You didn’t win that” might as well be the U.S. government’s official congratulatory platitude to American Olympians who succeed in Rio this summer.

This year, the IRS will impose a nearly 40% “victory” tax on athletes who take home gold, silver, and bronze medals for the United States.

Though “these are the maximum possible tax amounts, and vary widely based on an individual’s tax circumstances and available deductions,” even the potential amounts of money owed are staggering.

Michael Phelps, the famed cannabis-smoking swimmer — who, at 31, has conquered Olympic competitions in Rio, Athens, Beijing, and London — is arguably one of the most lucrative cash cows for the IRS. This year, he won five gold medals and one silver, making the total he could owe the government as high as $55,000.

Over the course of his Olympic career, he has won 23 gold medals, earning eight at the 2008 Beijing Olympics alone. At that time, the tax rate lingered at around 35%, making his payout to the IRS slightly smaller per medal than this year’s but still constituting a hefty tithe to the State. His gold medals for that year alone — if taxed at up to $8,750, the 35% rate — may have earned the government $70,000. Because Phelps’ net worth is $55 million, it’s likely he is required to pay the maximum amount.

Even the medals Olympians take home are subject to taxation, but because they are much less valuable than the cash prizes, they yield a smaller ‘profit’ for the IRS.

In 2012, Senator Marco Rubio introduced legislation to eliminate the tax on American Olympic athletes who win medals. “We can all agree that these Olympians who dedicate their lives to athletic excellence should not be punished when they achieve it,” he said at the time.

The bill was defeated.

However, amid ongoing indignation at the practice, a new version re-emerged this year. Sen. John Thune (R-S.D.) and Sen. Chuck Schumer (D-N.Y.) introduced a bill seeking to lessen the burden on Olympians. It has already passed in the Senate and is poised to gain approval when Congress reconvenes in September.

“It seems like a small thing, but when America’s Olympians and Paralympians bring home the gold, our nation should congratulate them – not send the IRS to claim a share of their medal,” said Ways and Means Committee Chair Kevin Brady (R-Texas) on Monday.

But some argue the tax is fair and reasonable.

Proponents suggest most Olympians’ income brackets are not high enough for them to owe the maximum $9,900 on gold medals. In fact, many are already struggling financially, meaning they likely won’t owe the full potential amount. And as USA Today reports, “some or all of their massive training expenses would likely be deductible, whether they treat their sport as a business or a hobby.”

The Washington Post summarized the underlying reason leftists espouse for supporting the tax:

“That it’s unfair to the rest of America. By giving them a break on their winnings, the U.S. government is making a statement that Olympians’ successes are worth more than the rest of ours.”

However, this argument reveals a desire to create an “even” playing field in a country where tax codes are convoluted and bureaucratic. Rather than questioning the fundamental problems with a government that forcibly takes money from its citizens to fund an increasingly corrupt, violent, and perpetually failed political system, liberals cited by the Post contend Olympians should fall in line and pay their fair share.

But there is another problem with the notion that Olympians should pay any portion of their prize money to the IRS. During the Rio games, American athletes won their 1,000th gold medal since the inception of the summer games in 1896.

While this number might trigger the emergence of dollar signs in the eyes of IRS agents and “fairness”-obsessed liberals, it fails to consider the extraordinary degree of free advertising the United States earns from the prowess of athletes competing in its name.

Let’s face it: the United States reputation in the world is less than favorable. Between the government’s habit of waging pre-emptive war, bullying other nations into submission, and exporting weapons of mass violence to corrupt regimes, the American government has given the world little reason to respect the stars and stripes.

But Olympic athletes do the government the favor of restoring some semblance of positivity, dignity, and sportsmanship to the country’s much-maligned global image. Their athletic success translates into national honor and pride and reminds the world Americans are more than just gluttonous, ignorant warmongers. This valuable service should render their debts to the government paid in full.

Further, most countries subsidize their Olympic athletes and do not tax their winnings. In contrast, the United States is one of the only countries that refuses to fund their athletes and still has the audacity to demand a cut of their prizes.

Adding insult to injury, as Yahoo News reported, “with inflation, the bonuses have actually dropped in value by $5,429.91 in the past 10 years.”