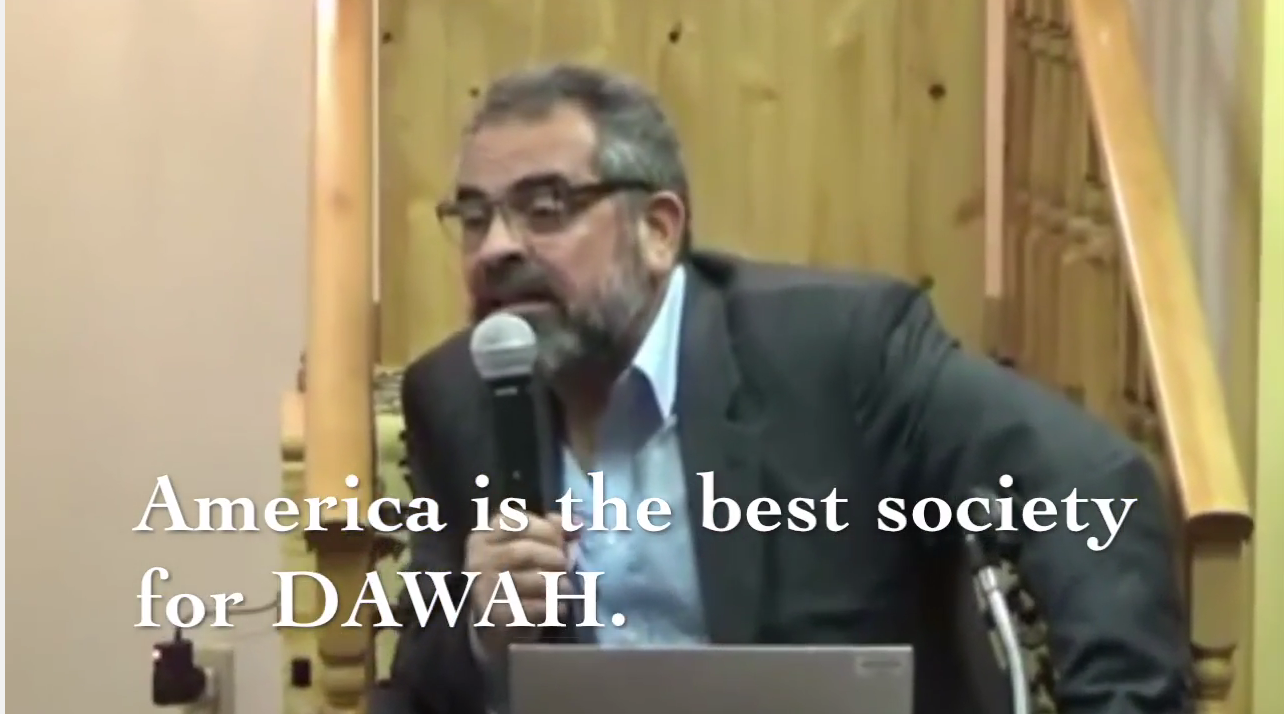 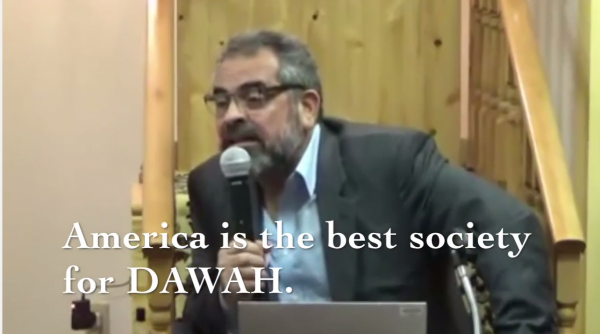 Muslims are the first immigrant group to come to the West with a ready-made model of society and governance that they believe superior to Western secular pluralism. They’re determined to replace the one with the other in whatever way possible.

…and convert them by the tens of thousands.

“we want to change this society

every year we will double, exponentially

Jihad Qaddour is also a key figure in the Syrian Muslim invasion of the U.S. and last year the mosque he founded was caught inviting a Hamas-linked imam for a Good Friday fundraiser. All our posts on Jihad Qaddour here.

Causing Fitna, who discovered the video above, has highlighted Jihad’s support of the Muslim Brotherhood, via Terror Tied Group Invades US Capitol……. Again:

In addition to his role as an officer of the Muslim American Society, the part of the US Muslim Brotherhood closest to the Egyptian organization, an individual with the last name Qaddour was listed on a spreadsheet from an internal U. Brotherhood document dated 12/18/88 that lists fifteen last names of the US Brotherhood Shura Council.

We told you in March 2015 that Muslims were looking to grow in Sioux Falls. From the video above it sounds like Jihad and his band of Muslims want Sioux Falls to become nearly completely Muslim. With an estimated population of 171,544, if Jihad Qaddour reaches his goal, Muslims will be a majority in ten years.