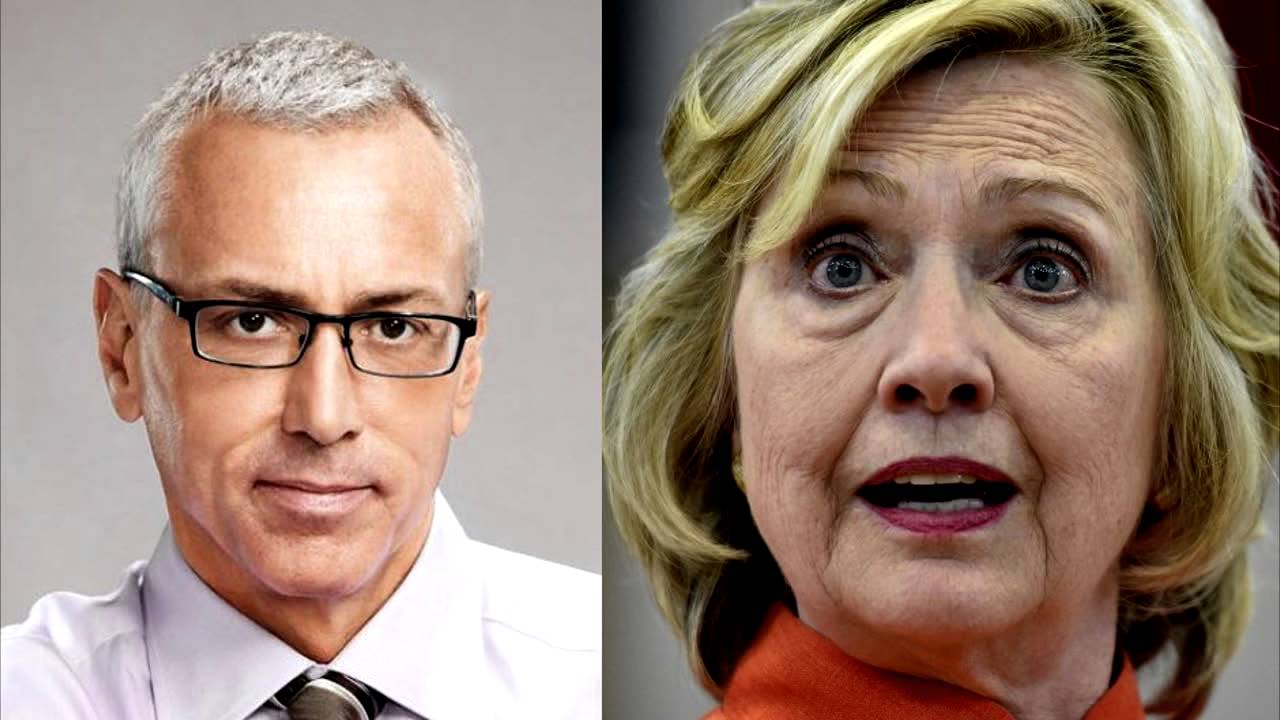 Board-certified medicine specialist and TV personality Dr. Drew Pinsky says he is “gravely concerned” about Hillary Clinton’s health, noting that the treatment she has received is “bizarre” and could explain the “weird side-effects” that people are seeing.

Appearing on KABC’s McIntyre in the Morning, the hosts of the show were expecting Dr. Drew, known as “America’s most trusted physician,” to debunk claims that Hillary is having significant health problems, but Pinsky instead dropped several bombshells.

Pinsky said he and his colleague Dr. Robert Huizenga had already analyzed what medical records on Hillary had been released and were “gravely concerned….not just about her health but her health care.”

Pinsky noted that after her fall, Hillary suffered from a “transverse sinus thrombosis,” an “exceedingly rare clot” that “virtually guarantees somebody has something wrong with their coagulation system.”

“What’s wrong with her coagulation system, has that been evaluated?” asked Dr. Drew, adding, that Hillary was being given “weird” medication that could be exacerbating her health problems.

“So the very medicine doctors are using may be causing this problem and they’re using an old fashioned medicine to treat it – what is going on with her health care?” asked Pinsky.

Pinsky said the situation was “bizarre,” adding that Hillary’s medical condition was “dangerous” and “concerning”.

Dr. Drew also highlighted when Hillary had to wear prism glasses after her fall, declaring, “that is brain damage, and so that’s affecting her balance….tell us a little more about that – that’s profound.”

Pinsky pointed out that the treatment for Hillary’s hypothyroidism – Armour Thyroid – was also “unconventional” and that it has “weird side-effects”.

According to RXList.com, those side-effects include “severe dizziness,” while WebMD lists another side-effect as “tiredness”.

Dr. Drew emphasized that the health care Hillary has been receiving is totally inadequate, commenting, “she’s receiving 1950s-level care by our evaluation.”

“You gotta wonder,” concluded Pinsky, noting that Hillary’s health care could make her physical capabilities a “concern” ahead of the presidential election.

The Clinton campaign and the media assert that questions over Hillary’s health have been “debunked,” but a Rasmussen poll found that 59% of Americans want to see her full medical records released.

The fact that “America’s most trusted physician” also shares those concerns is going to be a tough one for the pro-Clinton media to downplay.

As we highlighted, the same media that now dismisses suspicion over Hillary’s health as a baseless “conspiracy” was obsessed with John McCain’s medical history back in 2008.