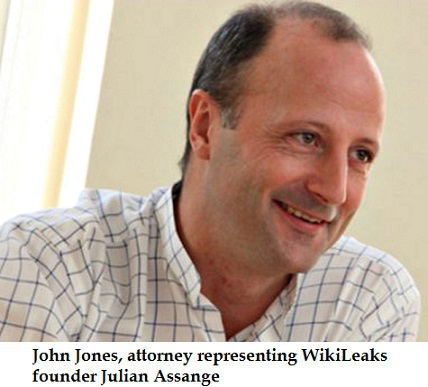 The word Arkancide, probably coined by the website Arkancide, refers to potential witnesses to the Clintons’ dirty dealings in Arkansas suddenly committing suicide by shooting themselves in the back of the head.

Now that Hillary is pursuing the presidency, Arkancides have resumed, including these recent cases:

On August 9, 2016, WikiLeaks founder Julian Assange intimated that Democratic National Committee (DNC) staffer Seth Rich, who was shot dead in Washington, DC, was the source for thousands of hacked DNC emails that expose the DNC as the corrupt arm of Hillary Clinton. WikiLeaks released the emails to the public, to the DNC’s embarassment. See:

WikiLeaks also obtained thousands of then-Secretary of State Hillary Clinton’s supposedly-deleted emails, which WikiLeaks has been releasing piecemeal to the public. (See, for example “Hillary aide talks about animal sacrifice to demon Moloch in WikiLeaks email”)

Assange promises that emails especially damaging to Hillary’s presidential ambitions will be released right before the November election for maximum impact.

All of which makes WikiLeaks a thorn in the sides of Hillary and the DNC.

On August 15, 2016, WikiLeaks sent out a Twitter alert about another Arkancide — the strange “suicide” by train of Assange’s lawyer, John Jones, a prominent British human rights attorney.

Neil Tyson reports for The Sun that on April 18, 2016, John Jones, one of Britain’s top human rights lawyers who represented Assange, had died in an apparent suicide. (Assange, 44, has been holed-up for four years in the Ecuador Embassy in London, after the Swedish government tried to extradite him for questioning on rape charges.)

A spokesman for British Transport Police (BTP) said it was called to West Hampstead rail station in north London at 7:07 a.m. on Monday, April 18, after a man was struck by a train. The spokesman added that the man “was pronounced dead at the scene. The man’s death is not being treated as suspicious. A file will be prepared for the coroner.”

The man was John Jones.

By all indications, Jones had everything to live for. He was only 48 years old, a successful, well-regarded attorney who lived in a £1.5 million home in Hendon, north London, with his beautiful and accomplished wife, 40-year-old Dr. Misa Zgonec-Rozej, director of an international law consultancy, and their two young children.

John Jones worked at renowned civil rights legal firm Doughty Street in central London, alongside Hollywood actor George Clooney’s wife Amal. He specialized in extradition, war crimes and counter-terrorism, taking cases from the former Yugoslavia, Rwanda, Sierra Leone, Lebanon and Cambodia. At the time of his Arkancide, Jones was trying to save the lives of Colonel Gaddafi’s son Saif and Libyan spy chief Abdullah al-Senussi. Both had been ordered before a firing squad in Tripoli, but Jones was trying to divert their case to the war crimes tribunal in The Hague, Holland, which does not have the death penalty.

Doughty Street said in a statement: “John was a brilliant and creative lawyer admired and appreciated for his amazing sense of humour, professionalism and deep commitment to justice. His death is a huge loss.”

Another recent Arkancide is the death of the father of a physician alleged to be treating Hillary for dementia. More on this in a post to come!