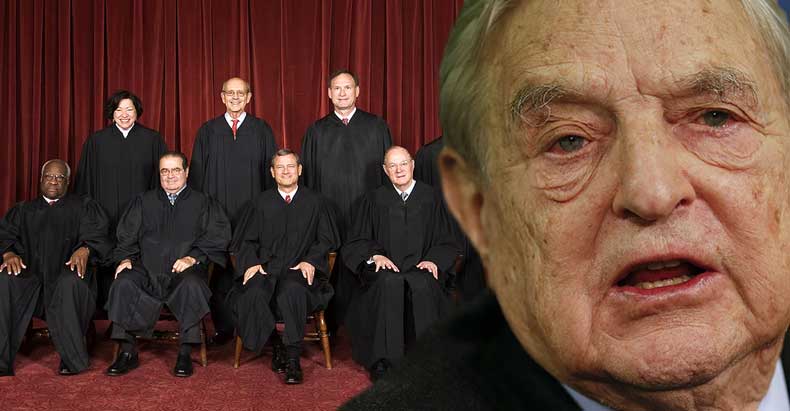 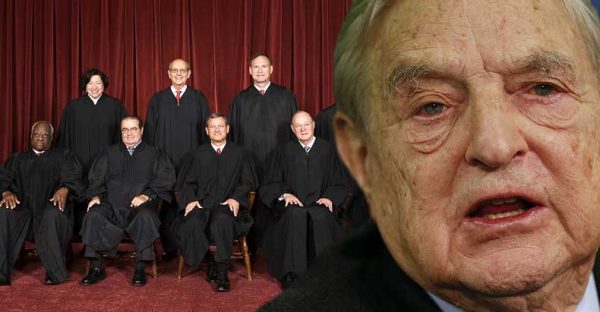 According to the memo, with emphasis added:

“The challenges going forward—magnified by harsh anti-immigrant rhetoric in the 2016 presidential campaign and an expected wave of punitive bills at the state level—will be to move beyond reacting to events and regain footing to begin executing a more forward-leaning strategic course. Grantees are seeking to influence the Justices (primarily via a sophisticated amicus briefs and media strategy) in hopes of securing a favorable ruling in U.S. v. Texas, and using the case to redefine messaging and align the movement.”

As the Daily Caller explained, “Members of the advisory board include Soros family members, left-wing activists, Ivy League professors and columnists for the Washington Post and Foreign Policy magazine. The memo, entitled ‘State of U.S. Programs,’ is part of a 75-page file containing internal documents from a Feb 11 and 12 board meeting.”

From the left-leaning OSF’s perspective, a “favorable ruling” in the hotly-debated Supreme Court case would have been an upholding of President Obama’s Executive Order granting millions of undocumented — the correct term for what many call ‘illegal’ — immigrants legal status and work permits.

United States v. Texas, the Atlantic explained in June, was “a challenged to a Department of Homeland Security program to provide undocumented immigrant parents of U.S. citizen children temporary protection against involuntary removal …”

In preparation for an agreeable outcome, OSF members had begun coordinating. As the memo continues:

“We are also seeking to shore up state and local infrastructure through Emma Lazarus II investments, positioning the field to move swiftly on a large-scale implementation effort in the event of a favorable ruling—efforts complicated by lagging implementation capacity at the federal level. Grantees are planning for multiple contingencies that will come into play based on the Supreme Court outcome and the Presidential election.”

SCOTUS, despite Soros’ — who once oh-so-modestly described himself as “some kind of god” — and his OSF’s best insidious efforts, ruled against the program in June.

But, in addition to attempting to sway the Supreme Court’s decision, the memo indicates a similar effort targeting the Obama administration.

“In response to the surge in migrants fleeing violence in Central America,” it states, “grantees are supportive of the State Department’s recently announced efforts to expand the refugee program for people from the Northern Triangle and set up screening centers in the region with the help of the United Nations. This builds on our efforts to persuade the administration to do more last year to address this growing crisis.”

Further, the memo adds, “We are also exploring the prospect of collaborations with Arab, Muslim, Middle Eastern and South Asian partners, building on ties formed at the OSF-sponsored Solidarity Summit, and sharing information from groups that have faced down attacks on refugee communities.”

In line with Soros god-like self-description, the globalist seems unbeholden to ethical boundaries which might deter non-elites from meddling — financially and otherwise — quite so unabashedly in the affairs and policies of both U.S. and foreign governments.

As previously reported by The Free Thought Project — derived from the same enormous document cache from DCLeaks as the memo in this article — Soros was outed in OSF memos for attempting, in essence, to buy journalists to obtain desired coverage for interests concerning Ukraine.

Despite acknowledging “this isn’t proper independent journalism and we may damage our credibility with journalists,” the ‘Ukraine Media Project’ memo’s authors worried that “journalists may produce stories that have no relevance for the narrative we seek to inform or stories that are counterproductive (enforcing narratives of fascism, etc.)”

That oft-discussed connection to fascism between Soros’ infamous superciliousness and his continued efforts to drive global policy on social issues of serious import would be difficult to deny, perhaps, without granting favors to journalists such as extended, paid trips and media guidelines, exactly as the Ukraine project sought to do.

Soros-headed OSF’s designs on influencing the highest court in the U.S., however, is a direct affront to judicial impartiality and marks a departure from the ordinarily more covert methods the organization employs.