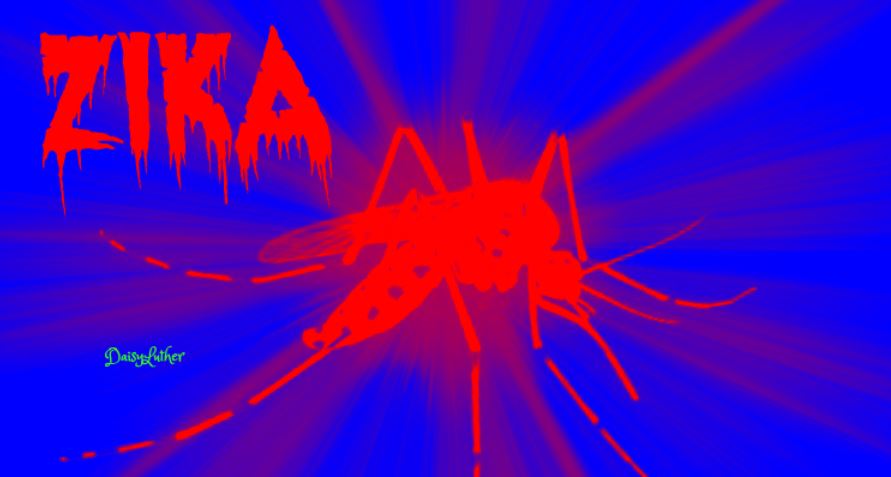 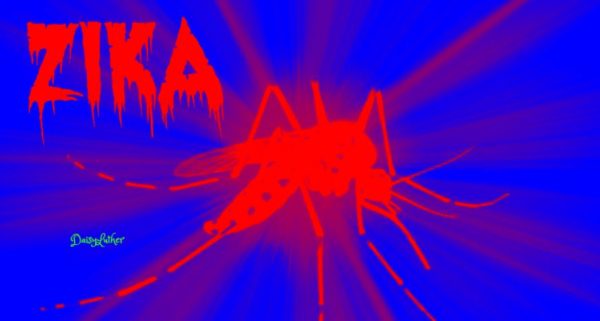 Anyone who is a regular reader knows that if there is a scary pandemic out there we should be worried about, I’m the head engineer on the worry train. (This book is front and center on my bookcase. Obviously, I spend a fair bit of time thinking about pandemics!)

There are many viruses that would wreak terrifying havoc if it were to spread, and since the beginning of this, I haven’t been convinced that Zika is one of them. The “cure” as officials race to “stop Zika” – that, I’m worried about. Predictions are that soon 1 in 4 Puerto Ricans will contract the virus. But is it really that big of a deal? Here are six reasons why I ask that question.

Here’s what we know about Zika.

Let’s examine what we know so far.

1 – Zika has been around for about 70 years. And up until recently, it was considered fairly benign. It was discovered in Uganda in 1947 but not considered to be at all serious. “Instances of Zika virus in humans arose every now and then, but cases were mostly in equatorial regions. The symptoms were also mild enough that it could be left alone until it clears within a week, just like any normal fever.” Symptoms last for up to a week and include: mild fever, skin rash, conjunctivitis, muscle and joint pain, malaise, and/or headache.

3 – Should such a “dangerous virus” be available online? The freeze-dried virus is available for purchase for a mere $516 (with a discount for non-profit organizations.) I made it through the checkout process without being asked for any type of medical or laboratory credentials, and the Biohazard level of the virus is only “2” which is one step up from “no big deal”. “Biosafety level 2 is suitable for work involving agents of moderate potential hazard to personnel and the environment. This includes various microbes that cause mild disease to humans, or are difficult to contract via aerosol in a lab setting.” (source)

4 – There is no hard evidence proving a link between Zika and microcephaly. While there is definitely a microcephaly epidemic in Brazil, there are other places with high rates of Zika with no cases of microcephaly at all. For example, in Colombia, more than 12,000 pregnant women were infected with Zika as of the end of March this year, but from those pregnancies, there wasn’t a single case of microcephaly. A report by the New England Complex Systems Institute (NECSI) says that the cause should be reconsidered. “One possibility that has been raised is the pesticide pyriproxyfen, which is applied to drinking water in some parts of Brazil to kill the larvae of the mosquitoes that transmit Zika. Pyriproxyfen is an analogue for insect juvenile hormone which is cross reactive with retinoic acid, which is known to cause microcephaly.” Incidentally, pyriproxyfen was brought to the world by a subsidiary of Monsanto, and you know how corporately responsible they are. It’s notable that the outbreak of Zika can be traced to the very place that genetically modified mosquitoes were released last year to reduce the incidence of dengue fever. And finally, for one more possibility, the microcephaly epidemic also correlates with a large uptick in the tDAP vaccine that was mandated for all pregnant women about a year ago.

5 – Bad cure #1. Residents in Florida have been sprayed with a chemical to kill the mosquitoes that transmit Zika. Ironically, the chemical, an organophosphate neurotoxin called Naled, has neurotoxic effects and can cause…wait for it…small brains in babies born to mothers who inhaled the spray. Merchants in the area say that it has turned into a “ghost town” since the planes flew over and doused residents with chemicals.

6 – Bad cure #2. In yet another ironic twist, folks are chomping at the bit to release genetically modified mosquitoes to fight the Zika mosquitoes. (Bill Gates has been funding these mosquito-launches since 2010, incidentally.) The irony comes from this fact: the epicenter of the outbreak just happened to be the same place where they released a bunch of genetically modified mosquitoes in Brazil to “suppress dengue fever.”

This video goes into even more detail and asks the question: Is Zika a psy-op?

Let me know what your theories are about the Zika epidemic.

What do you think? Is the Zika virus something we should be scared of? Does it even cause microcephaly? Is it a cover-up for some kind of corporate screw-up? Don your tinfoil and share your theories in the comments section below.

You can read more from Daisy Luther at her site DaisyLuther.com, where this article first appeared.

Daisy Luther is a single mom who lives in a small village in the mountains of Northern California, where she homeschools her youngest daughter and raises veggies, chickens, and a motley assortment of dogs and cats. She is a best-selling author who has written several books, including The Organic Canner, The Pantry Primer: A Prepper’s Guide to Whole Food on a Half-Price Budget, and The Prepper’s Water Survival Guide: Harvest, Treat, and Store Your Most Vital Resource. Daisy is a prolific blogger who has been widely republished throughout alternative media. On her website, The Organic Prepper, Daisy uses her background in alternative journalism to provide a unique perspective on health, self-reliance, personal liberty, and preparedness. You can follow her on Facebook, Pinterest, and Twitter.