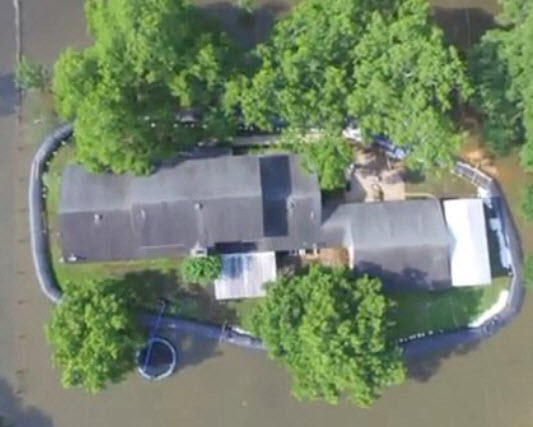 People laughed at Randy Wagner of Rosharon, Texas when he put up a 400-foot, 30″ tall Aqua Dam around his house just in time before record-breaking rains came through.

“I was the crazy guy. Everybody was kinda going by, laughing at me…”

Wagner randomly took a chance, spending $8,300 on what basically amounts to a big piece of plastic. His neighbors probably thought there was no way that tube was going to do much of anything accept put Wagner out thousands while he watched his house flood anyway, adding insult to injury.

Wagner had faith in it, though. While military were busy assisting his neighbors with a mandatory evacuation ahead of heavy rains, Wagner put up his dam and he and his family stayed put and waited.

His neighbors may have laughed at him before… but only his house was saved.

People always laugh at preppers, but it never hurts to be prepared.