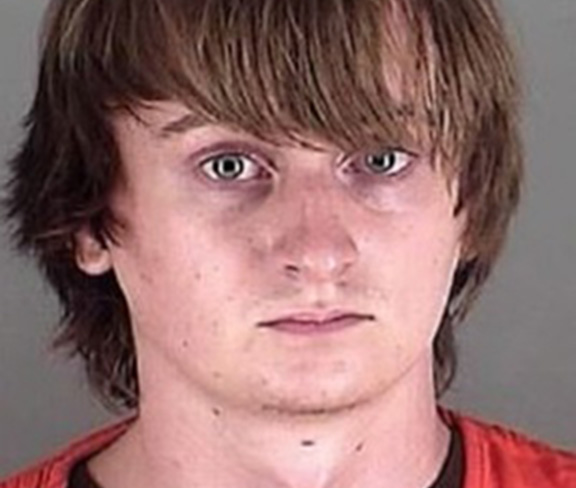 In another sad display of a lack of natural affection for one’s children, a Minnesota man has been charged in the death of his 4-month-old daughter after he punched her in the face and chest 22 times to stop her “baby talk.”

Cory Morris, 21, is charged with second-degree murder for allegedly punching the baby girl in her face and chest to quiet her “baby talk.”

According to the charges, Morris called police shortly before 5 p.m. on Saturday, Aug. 13 and admitted he had just killed his daughter. When police arrived, they found the 4-month-old unconscious on a changing table.

Morris, who was alone watching the child at the time of the incident, told first responders he punched the child approximately 15 times in the face and 7 times in the chest with a closed fist, then squeezed her chest with his hands in an attempt to quiet her. The Hennepin County medical examiner confirmed the baby died from blunt force trauma.

Mr. Morris was in charge of taking care of his daughter, Emersyn, 3 or 4 times a week. On the particular day of the murder, he took the baby from her swing and placed her on the changing table. Apparently, the child was just doing what any infant does and that is making noises. He responded by punching her over and over.

According to USA Today, “Jenny Anderson, Morris’ girlfriend and Emersyn’s mother, told officers that she had tried contacting Morris through texts throughout the day and he wasn’t responding. At 4:45 p.m. she finally spoke with Morris.”

After the deed had been done, Morris then called both his wife and mother and told them he had done “something bad,” according to Hennepin County Attorney Mike Freeman.

According to his girlfriend, he is prone to go from happy to angry quickly and had even grabbed her or other things in the past in a violent outrage.

“Family members have suggested there may be mental health issues here,” Freeman said. “These will need to be evaluated during the course of this case.”

Morris’ mother, Ginny Morris, told the Star Tribune that the family had tried to get Morris’ help for at least a year. She also claims that he was never violent.

“We never thought he would hurt the baby. We would never allow him to be with the baby if that was the case,” she said. “We were worried he was going to hurt himself, not the baby.”

Anderson took to Facebook to write, “There are no words to describe the immense hurt I’m going through right now. Emersyn was my whole entire world & now she’s gone.”

Emersyn was only 4 months old, her dad, Cory Morris, is charged with punching her to death pic.twitter.com/t7mlaI68rM

Morris was tested for alcohol and drugs, but the test results have not been made public.

He remains in the Hennepin County Jail under a $2 million bail.

Self-control around children is a must. What are we teaching criminals when violence like this, from father to daughter, is not dealt with justly? Will there be a death penalty for Mr. Morris? I’m highly doubtful. However, I’m pretty sure his wife and family and the good people of Minnesota will be paying to clothe, house and feed him for some time to come.