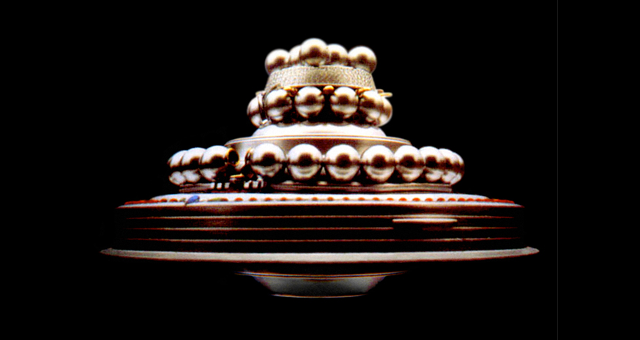 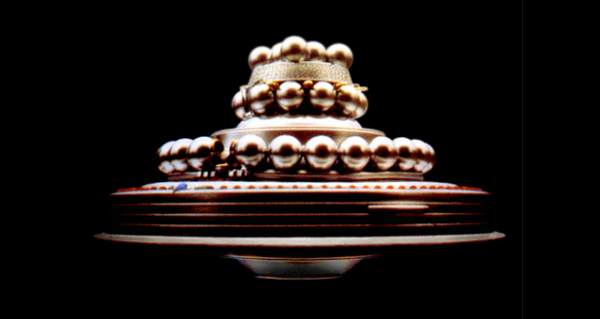 Doctor Richard Boylan, and numerous others have already let the cat out of the bag when it comes to anti-gravity space flight, so why do Boeing and Lockheed, two of America’s largest military industrial contractors, and the recipient of trillions in tax payer ‘black budget’ dollars still hide that they are operating at least 12 anti-gravity aerospace platforms?

It seems that Boeing hides this advanced aerospace technology because it would prove what many free energy enthusiasts have said about Nikola Tesla – that he discovered anti-gravity, and learned how to utilize it as an abundant, if not free, energy source. Objects can even be levitated easily with anti-gravity, and its numerous applications are just beginning to be understood by the public at large.

The late genius and inventor even explained the fact prior to his death. William R. Lynewrites in Occult Ether Physics (Creatopia Productions), that a lecture Tesla prepared for the Institute of Immigrant Welfare (May. 12, 1938), dealt with his Dynamic Theory of Gravity. Tesla said in his lecture that he had developed, “one of two far-reaching discoveries, which I worked out in all details in the years 1893 and 1894.” Indeed, Tesla held a patent in 1928, for a flying machine which resembled both a helicopter and an airplane and is thought to have run with the benefit of anti-gravity.

Boeing has loosely revealed that they have already developed this technology in a veiled admittance that “it is working on experimental anti-gravity projects that could overturn a century of conventional aerospace propulsion technology.” And Ben Rich, once the CEO of Lockheed Martin, admitted on his deathbed that “aliens were real,” and the “US military already travels to the stars, ”explaining where this technology could have been sourced, aside from terrestrial beings like Tesla.

This means that for more than 130 years we have been kept in the dark about a known free energy source so that the powers-that-be can profit from our ignorance. Every time you see a ‘rocket ship’ go up in space, it is essentially no different from the false flag attempts orchestrated by six media companies controlling the media to alter your perception of reality.

So Where Did All that Research Go?

Theodore C. Loder, PhD, posits in one paper that since the 1950’s (known to some as the brain drain era) almost all research into anti-gravity seems to have disappeared.

None other than Professor Hermann Oberth, considered by some to be one of the fathers of the space age (and who later worked in the US with Wernher von Braun, the Army Ballistic Missile Agency and NASA), stated the following in 1954:[3] “It is my thesis that flying saucers are real and that they are space ships from another solar system.”

Perhaps of more interest to our present discussion on the secrets Boeing and Lockheed have kept, Oberth states:

“They are flying by the means of artificial fields of gravity. . . . They produce high-tension electric charges in order to push the air out of their paths, so it does not start glowing, and strong magnetic fields to influence the ionized air at higher altitudes. First, this would explain their luminosity . . . Secondly, it would explain the noiselessness of UFO flight.”

Indeed, you can see the crumbs of government contractor’s special operatives at work when you look into the work of John Hutchison. He discovered, “highly-anomalous electromagnetic effect which causes the jellification of metals, spontaneous levitation of common substances, and other effects,” which echo Tesla’s findings. These strange effects were later dubbed the Hutchison effect.

As is usually the case when silencing the curious, a Vancouver businessman, George Hathaway heard of the Hutchison effect around 1980, and hired an engineer from Boeing Aerospace to work with the Canadian government to form a company that would promote technology developed from the effect. They called this company Pharos’ Technology. You likely haven’t heard of what they have created since then.

“At this time, I am aware of the existence of 12 kinds of special-technology advanced aerospace platforms [mil-speak for craft], all incorporating antigravity technology in some form. These 12 are: the Northrop Grumman B-2 Spirit Stealth Bomber, the F-22 Raptor advanced stealth fighter, and its successor, the F-35 Lightning II advanced stealth fighter; the Aurora, Lockheed-Martin’s X-33A, the Lockheed X-22A two-man antigravity disc fighter, Boeing and Airbus Industries’ Nautilus, the TR3-A Pumpkinseed , the TR3-B Triangle , Northrop’s “Great Pumpkin” disc, Teledyne Ryan Aeronautical’s XH-75D Shark antigravity helicopter, and the Northrop Quantum Teleportation Disc.”

Since at least 1956, the press has been trying to manage public awareness by staying hush-hush about anti-gravity research, or discounting those who attempted to show that it was real. However, a trade press magazine, the Aviation Report, made numerous references to anti-gravity projects, and listed many of the companies pursuing research into anti-gravity technologies. Quotes from the Aviation Report listed in the Aviation Studies (International) Ltd. report[8] are suggestive of what was truly going on at Boeing, Lockheed and other agencies despite what the public was being told.

What Anti-Gravity Means to the World at Large

Anti-gravity, first and foremost would make petrol-guzzling cars, crumbling electric grids, and other outdated and dirty fuels a total waste of time. Anti-gravity, as Nikola Tesla made clear, would make space flight to other heavenly bodies as simple as driving your car to a nearby city, today. It would also turn Einstein’s E=MC2 theory on its head, and it also suggests, as Tesla explained, that the ether is given to us to use responsibly by a life-giving creative force.

In short, everything we need is already out there, in abundant supply. We just need to tap into it and free these technologies from the grip of the military industrial complex.

This article (Tesla’s Anti-Gravity Research in Use in Dozens of Secretive Military Projects) was originally created and published byWaking Times and is published here under a Creative Commons license with attribution to Christina Sarich and WakingTimes.com. It may be re-posted freely with proper attribution, author bio, and this copyright statement. Please contact [email protected] for more info.

BREAKING News Out Of NEW JERSEY- YOU CAN’T MAKE THIS UP!!!
AFF

Humanitarian Crisis in Venezuela Exposed From Within
The Floridian

You Can Only Hide It For So Long: Detroit TV Asks For Stories Of Unvaxxed Dying From COVID – Gets Over 180K Responses Of Vaccine Injured And Dead Instead
September 16th, 2021 Sons of Liberty Media

Where Did All The People Go?

As DC Suppresses Truth About Chlorine Dioxide, Bolivia Approves It As...