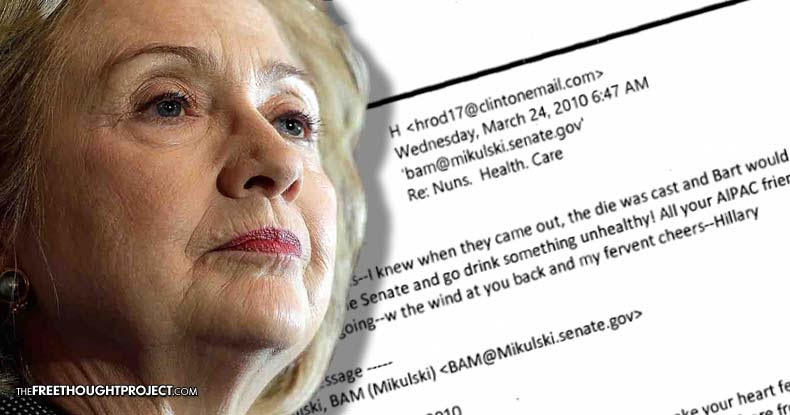 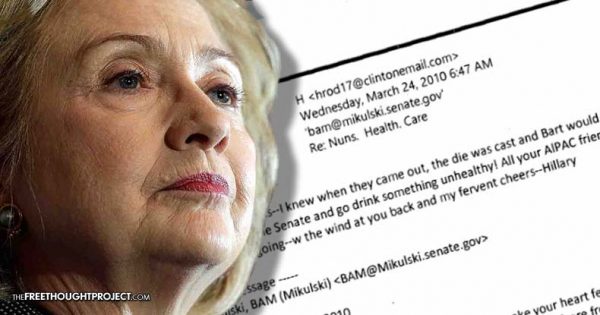 Evidencing further attempts by Hillary Clinton to thwart the letter of the law, the FBI has discovered close to 15,000 additional emails and documents from her tenure as secretary of state — which her attorneys conveniently failed to disclose.

This means the cache of information from Clinton’s personal server is nearly double the size she originally claimed. A federal judge has now urged the State Department to begin releasing the email and document collection much earlier than mid-October as currently planned.

“U.S. District [Judge] James Boasberg on Monday ordered the State Department to process that first batch of records by Sept. 22 and report back to him that day.”

Judicial Watch, which filed the lawsuit for the release of the emails, had been infuriated over the previously planned October 14 target for a weekly phased delivery.

“We’re pleased the court accelerated the State Department’s timing,” said Judicial Watch president Tom Fitton on Monday, as quoted by the Washington Post. “We’re trying to work with the State Department here, but let’s be clear: They have slow-walked and stonewalled the release of these records. They’ve had many of them since July 25 … and not one record has yet been released, and we don’t understand why that’s the case.”

In the director James Comey’s announcement the FBI would not recommend the Department of Justice pursue charges against Clinton over her “extremely careless” handling of classified information on the notorious personal server, he hinted at a number of work-related emails held back by attorneys. But the 14,900 emails and documents uncovered by the agency nearly double in size what attorneys had claimed were “all” of Hillary’s work-related emails.

In response to yesterday’s announcement, State Department spokesman Mark Toner reiterated the voluntary release of information from the period of 2009 through 2013 didn’t include “tens of thousands” of documents which needed to be “carefully appraised at State” to separate those of personal versus official nature.

“State has not yet had the opportunity to complete a review of the documents to determine whether they are agency records or if they are duplicative of documents State has already produced through the Freedom of Information Act,” Toner explained. “We cannot comment further as this matter is an ongoing litigation.”

Fitton rebuked the explanation, telling reporters after today’s hearing, “The State Department has concocted a completely new review program under the Freedom of Information Act that we’ve never heard before.”

Though this enormous addition to the document cache was transferred from the FBI to the State Department on August 5, the actual size had been unknown until Monday’s announcement. As the Post reports:

“Government lawyers disclosed last week that the FBI has turned over eight computer discs of information: one including emails and attachments that were sent directly to or from Clinton, or to or from her at some point in an email chain, and were not previously turned over by her lawyers; a second with classified documents; another with emails returned by Clinton; and five containing materials from other people retrieved by the FBI.”

According to Fitton, the 14,900 documents come just from the first disc.

Smith and Sen. Ron Johnson, who heads the Senate Homeland Security and Governmental Affairs panel, are conducting a probe into whether or not the server met federally-recommended standards for cybersecurity and records preservation.

“Companies providing services to Secretary Hillary Clinton’s private email account and server are not above the law,” Smith said, noting the intention of the probe was to inform potential policy changes and prevent similar debacles in the future.

Judging from previous releases from the Clinton email files, the content will likely reveal yet more explosive information — but until the release, that remains purely a matter of informed conjecture.