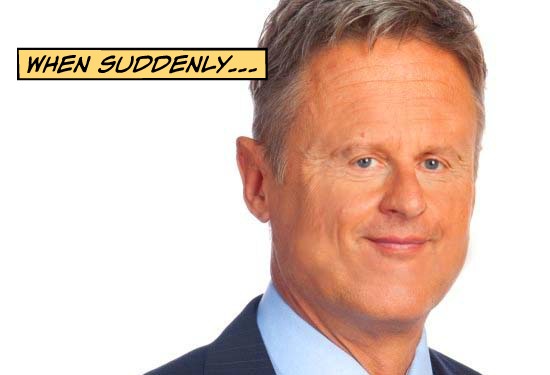 Gary Johnson couldn’t be more of a sell out shill if he tried.

Now Gary Johnson, who claims to be so “libertarian” (whatever that means to him at this point), has reversed positions and is pro mandatory vaccination:

“You know, since I’ve said that … I’ve come to find out that without mandatory vaccines, the vaccines that would in fact be issued would not be effective,” he said. “So … it’s dependent that you have mandatory vaccines so that every child is immune. Otherwise, not all children will be immune even though they receive a vaccine.”

Johnson said he believes vaccination policy should be handled at the local level.

“In my opinion, this is a local issue. If it ends up to be a federal issue, I would come down on the side of science and I would probably require that vaccine,” he said.

Everybody has a price. Wonder how much Gary Johnson’s check was for.