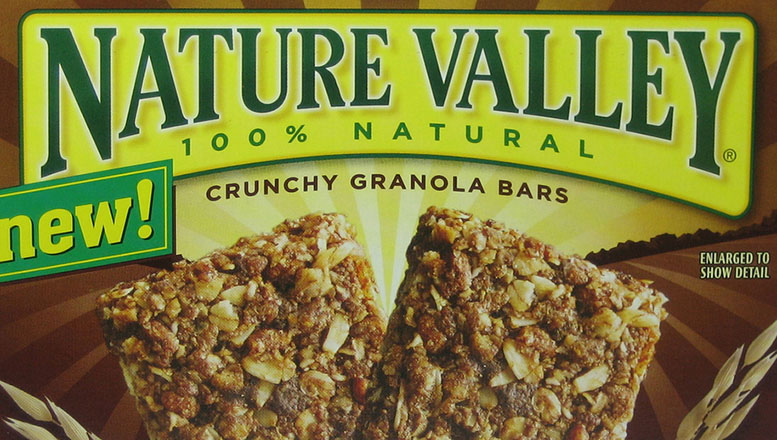 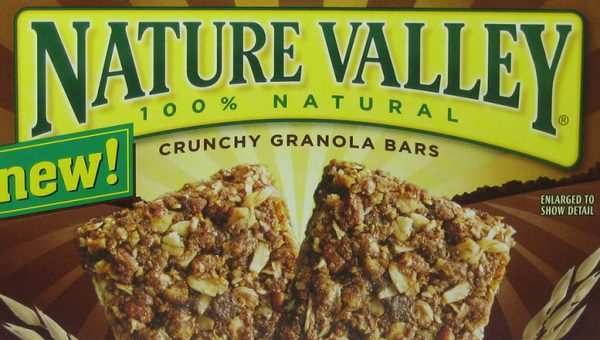 When is the word “natural” misleading in advertising? That’s the basis for a lawsuit filed August 25, 2016 against General Mills, maker of the brand Nature Valley Granola Bars, who label their products’ packages with the words “Made with 100% NATURAL whole grain OATS.” The lawsuit was filed by Beyond Pesticides, Moms Across America, and Organic Consumers Association using the Richman Law Group [1] in Washington, DC, citing the District of Columbia’s Consumer Protection Procedure Act.

Glyphosate, a key herbicide chemical active in several commercial and agricultural herbicides, has been found in General Mills’ natural granola bars. Since when is a man-made toxic chemical considered natural? So, three consumer groups filed a lawsuit and rightfully so, I think.

Glyphosate cannot be considered ‘natural’ because it is a toxic, synthetic herbicide.

Identified by the World Health Organization (WHO) as a carcinogen, it should not be allowed for use in food production, and certainly not in food with a label that suggests to consumers that the major ingredient –oats– is 100% natural, when it is produced with and contains the highly hazardous glyphosate.

Glyphosate [1] is highly toxic, although it does not come under the category of an organophosphate [2]—one of the most serious types of herbicides causing central nervous system damage.

In March 2015 the World Health Organization‘s International Agency for Research on Cancer classified glyphosate as “probably carcinogenic in humans” (category 2A) based on epidemiological studies, animal studies, and in vitro studies. [3, 7]

Zen Honeycutt, Founder and Executive Director of Moms Across America, offers this:

As a mother, when I read “100% Natural” I would expect that to mean no synthetic or toxic chemicals at all. Glyphosate is a toxic chemical that the EPA recognizes as a “reproductive effector” which “can cause liver and kidney damage” and “digestive effects.” It is unacceptable that Nature Valley granola bars contain any amount of this chemical.

This National Institutes of Health website lists digestive diseases in the USA that ought to invoke a hiccup when reading how prevalent they are, even though the statistics/demographics are not very current.As a consumer health researcher who’s written rather extensively about herbicides in my 2009 book, Our Chemical Lives And The Hijacking Of Our DNA, A Probe Into What’s Probably Making Us Sick, and in the Introduction to my newly released book, Eat to Beat Disease, Foods Medicinal Qualities, wherein I discuss how the chemical industry overtook to ‘mentor’ food growing and agricultural in the USA, in particular, I cannot impress upon consumers the underestimated importance of pesticide-free and herbicide-free food and water to maintain optimum health—but extremely vital to regaining health, especially regarding gastrointestinal diseases currently plaguing children and adults.

Food grown with dangerous pesticides like glyphosate isn’t natural. Consumers understand this. That’s why sales of natural products are booming. Unfortunately, companies’ misleading claims trick consumers into buying just what they’re trying to avoid. This has to be stopped.

Personally, I cannot tell you how much I agree with and second Baden-Mayer’s remark!

I always consider the word “natural” a bastardization of the English language and terminology whenever it appears in advertising for any type of product being sold because processors and manufacturers, in most cases, use chemicals of some sort during production. Plus, their marketing department gurus know that the buying public is ‘hungry’ for products that don’t contain toxic chemicals or ingredients. Product labeling, in my opinion, is totally false for many products, but especially when it comes to processed foods, I’d go as far as to say it’s “mislabeling.”

Some purveyors claim they don’t use nor sell GMO ingredients, while actually not attesting to that on their labels, e.g., GMO-free label using the Non-GMO Project Verified seal [4]. How can they maintain that legally when 75 percent and upwards of processed foods [5] contain soy, corn, canola or cottonseed oil derivatives [6] that are grown from GMO-seeds as GMO field crops in the USA using Roundup® herbicide in the fields?

Even if crops are not Roundup Ready® seeds, numerous crops can be and are sprayed during what’s called a “staging” process prior to harvest using glyphosate and/or glufosinate as a crop desiccant, which I talk about in my new book, Eat to Beat Disease, Foods Medicinal Qualities. Toxic chemical residues have been found in those crops post-harvest and in the processed foods they are made into. Is that what’s happening with General Mills granola bars?

According to the Press Release from Moms Across America,

The lawsuit alleges that, when marketing Nature Valley products, General Mills misleads and fails to disclose to consumers of the use and presence of glyphosate and its harmful effects. Plaintiffs are asking a jury to find that General Mills’ “natural” labeling is deceptive and misleading and therefore a violation of law, and require its removal from the market.

A study released in early 2016 finds that glyphosate can cause changes to DNA function resulting in the onset of chronic disease, including diabetes, obesity, and Alzheimer’s disease.

How “natural” do you want your food?