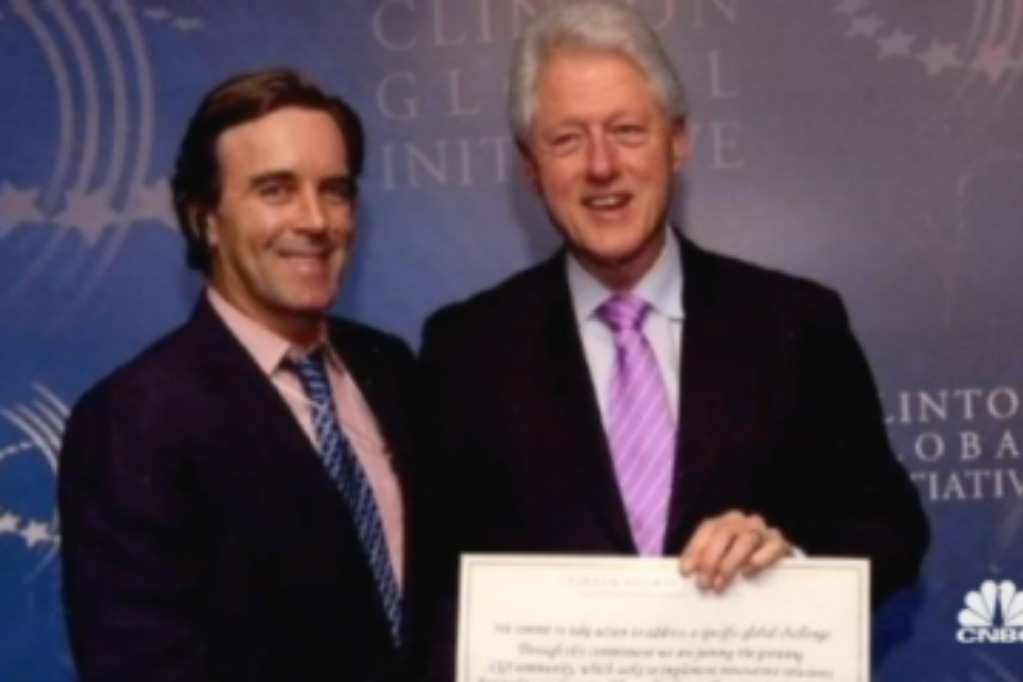 In another batch of emails that have been released, it has been exposed that a top Clinton Foundation donor received $10 million in taxpayer money for a failed Haiti project while Hillary Clinton was Secretary of State.

The new batch of emails showing that the State Department gave special access to top Clinton Foundation donors while Hillary Clinton was secretary of state brings to mind the case of a shady Miami businessman serving a 12-year prison sentence after scamming the government out of millions. His name is Claudio Osorio, a Clinton Foundation donor who got $10 million from the government after the Clinton State Department reportedly pulled some strings.

Osorio got the money from the Overseas Private Investment Corporation (OPIC), a federal agency that operates under the guidance of the State Department, to build houses in Haiti after the 2010 earthquake. The OPIC supposedly promotes U.S. government investments abroad to foster the development and growth of free markets. Osorio’s “Haiti project” was supposed to build 500 homes for displaced families in the aftermath of the earthquake. The project never broke ground and Osorio used the money to finance his lavish lifestyle and fund his illicit business ventures. He also ran a fraudulent international company with facilities in the U.S., United Arab Emirates, Germany, Angola and Tanzania that stole millions from investors. Some of the OPIC Haiti money was used to repay investors of his fraudulent company (Innovida), according to federal prosecutors. In September 2013, Osorio was sentenced to 150 months imprisonment and three years of supervised release.

Not surprisingly, the Department of Justice (DOJ) never mentioned Osorio’s Clinton connections and seemed to downplay the $10 million scam of taxpayer funds by focusing on the “victims” that invested in his bogus company. Among them was a beloved professional basketball star. “Osorio offered and sold shareholder interests and joint-venture partnerships in Innovida to select individuals and groups, raising more than $40,000,000 from approximately ten (10) investors and investment groups in the United States and abroad,” a DOJ statement says. “Osorio solicited and recruited investors by making materially false representations and concealing and omitting material facts regarding, among other things, the profitability of the company, the rates of return on investment funds, the use of investors’ funds and the existence of a pending lucrative contract with a third-party entity. Osorio received moneys from investors based on these misrepresentations. Osorio used investor monies for his and his co-conspirators’ personal benefit and to maintain and further the fraud scheme.”

“The bigger story is that, despite Osorio’s shady history, it appears that the Clinton State Department helped him get $10 million—which will never be repaid—because he was a Clinton Foundation donor,” Judicial Watch continues. “This connection was not made until years after Osorio got sentenced. After his 2013 sentencing in Miami, the area’s largest newspaper tied him to the Clintons and President Obama as a campaign donor who held fundraisers at his waterfront home, but the foundation was not mentioned. A Washington D.C. newspaper eventually connected the dots after obtaining a document that shows an OPIC official recommending funding for Osorio’s Haiti project. In the document, the OPIC official writes that Osorio’s company had “U.S. persons of political influence that are able to assist in advancing the company’s plans.” It continues: “For instance, former President Bill Clinton is personally in contact with the Company to organize its logistical and support needs,” the document states. “Secretary of State Hillary Clinton has made available State Department resources to assist with logistical arrangements.” Additionally, the Clinton Global Initiative had “indicated that it would be willing to contract to purchase 6,500 homes in Haiti from InnoVida within the next year.”

The obvious question for the American people should be, why is this kind of corruption being allowed to take place without justice being brought to bear? Furthermore, how can a presidential candidate be allowed to run in an election with these kinds of things hanging over her? Anyone else would have already been arrested and charged with the crime of bribery over many of the email revelations that have come forth regarding Mrs. Clinton.

Is she is above the law? No, she is not, but sadly we have lawless men who are more interested in their political power than they are actually bringing justice against the guilty. Yet, it is up to voters to quit playing the political games of Democrat and Republican and start exercising justice on both.