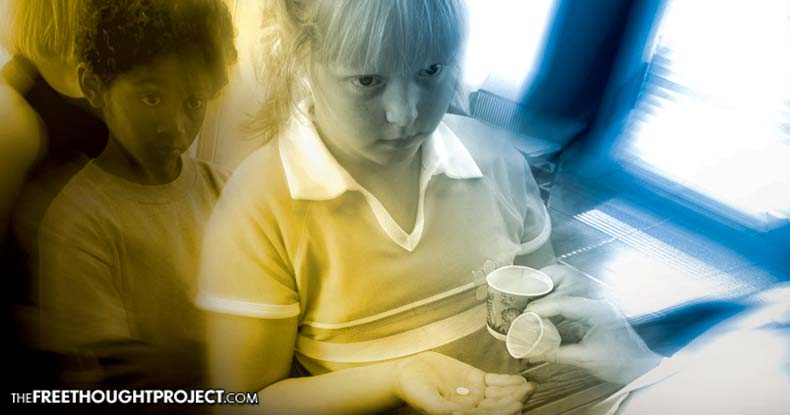 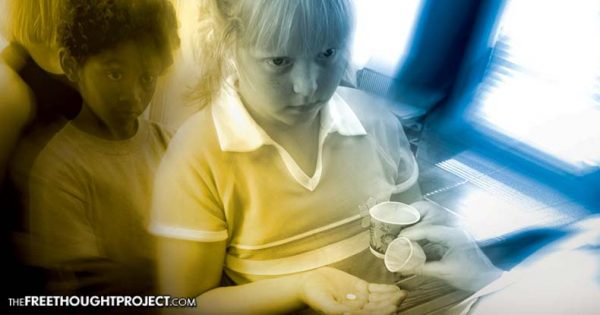 After years of growing concern, the California state auditor has produced a damning report describing how the state’s 79,000 foster children are being drugged with psychotropic medications at abnormally high rates.

The report found that nearly 12 percent of kids in California’s child welfare system were prescribed psychotropic medications – including antipsychotics, antidepressants and mood stabilizers – during 2014-2015. This compares to a rate of 4 to 10 percent for non-foster kids.

Some of these vulnerable children were drugged “in amounts and dosages that exceeded state guidelines,” with no follow-up by the county to ensure these prescriptions were appropriate. Some counties also violated the law by failing to obtain court or parental approval for psychotropic medications.

California spent $226 million on psychotropic medications for foster kids over the last decade, which amounts to almost 72 percent of total drug spending for foster youth.

The report slams the state and counties for a failure of oversight that has allowed child welfare centers to resort to drugging to control behavior, which can have devastating effects on brain development and health condition.

According to a 2014 investigation by the Los Angeles Daily News:

“…there is substantial evidence of many of the drugs’ dramatic side effects: rapid-onset obesity, diabetes and a lethargy so profound that foster kids describe dozing through school and much of their young lives. Long-term effects, particularly on children, have received little study, but for some psychotropics there is evidence of persistent tics, increased risk of suicide, even brain shrinkage.”

Over the last decade, nearly 15 percent of California’s foster kids were prescribed psychotropic medications, and almost 1 in 4 adolescents were being drugged in this way – part of a growing trend across the country.

“To be prescribing these medications so extensively and so, I think, thoughtlessly, with so little evidence supporting their use, it’s just malpractice,” said George Stewart, a Berkeley child psychiatrist who has treated the neediest foster children in the Bay Area for the past four decades. “It really is drugging them.”

The investigation goes on to highlight several disturbing practices that have become the norm in the state’s child welfare system. Nearly 60 percent of foster kids receiving medications were put on the riskiest antipsychotics – a figure that stunned experts and officials overseeing the system.

More than 12 percent of foster kids on meds in 2013 were put on two, three, four or more psychotropic drugs, which falls in “uncharted medical territory.” Foster children, age five and younger, were put on psychotropics, even though federal health officials say this is not safe.

While foster kids, who have often been the victims of abuse and neglect, can certainly have more trouble coping with life and may act out dangerously to themselves or others, the increasing reliance on mind-altering drugs to sedate and control them is disturbing.

Several former foster kids who were interviewed described being in a dazed state all day long, rapidly becoming obese and diabetic, and constantly being in a state of dizziness and nausea. Rochelle Trochtenberg, now 31, still suffers from tremors after being subjected to “a shifting mix of lithium, Depakote, Zyprexa, Haldol and Prozac, among others.”

Another investigation by the Los Angeles Daily News detailed how irresponsible doctors are contributing to the problem highlighted by the auditor’s report.

One psychiatrist who manages treatment at a group home for troubled children is a self-proclaimed “spokesperson for pharmaceutical companies.”

“A mere 10 percent of the state’s highest prescribers were responsible about 50 percent of the time when a foster child received an antipsychotic, the riskiest class of psychiatric drugs with some of the most harmful side effects…

These same doctors often relied on risky, unproven combinations of the drugs, a practice widely rejected by medical associations and other states.

In San Bernardino County, one psychiatrist prescribed antipsychotics to 328 foster children — 85 percent of the patients to whom he gave a psychiatric drug in the five years the investigation examined. And when one antipsychotic didn’t work — or wasn’t enough — Dr. Warris Walayat routinely prescribed another.”

And last but certainly not least, let’s not forget the role of pharmaceutical companies themselves. Drug manufacturers paid $4.6 billion in settlements to federal prosecutors after they misrepresented scientific evidence to illegally market their expensive antipsychotic drugs.

Eli Lilly advised its sales task force: “The competition wins if we are distracted into talking about diabetes.”

And, unsurprisingly, when California tried to rein in those prescribing psychotropic medications to children, doctor and psychiatrist lobbying groups enacted heavy pressure to delay or block pieces of the legislation.

There’s just too much money to be made in drugging the most vulnerable kids in the state’s foster care system.