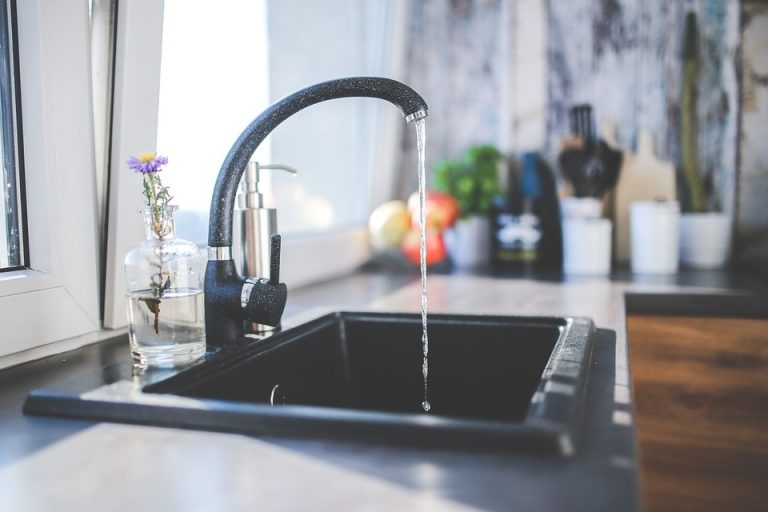 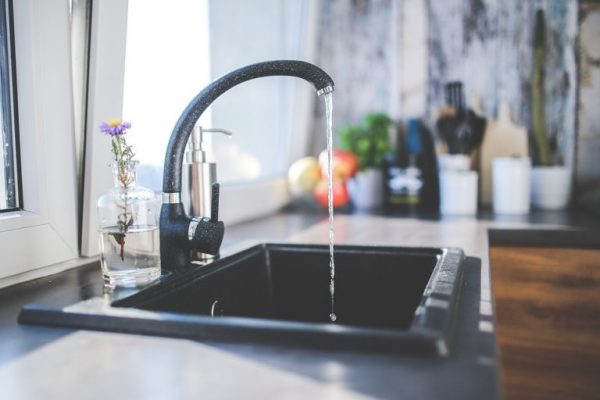 A recent mathematical model study has found a potential link between water fluoridation and type 2 diabetes.

Medical Daily reported on the study:

The recent study reveals that fluoridation with sodium fluoride could be a contributing factor to the prevalence of diabetes in the United States, as the chemical is a known preservative of blood glucose. Type 2 diabetes is a growing epidemic in the country with incidence rates quadrupling in the past 32 years. In the study, the sole author of the paper, Kyle Fluegge, used mathematical models to analyze publicly available data on fluoride water levels and diabetes incidence.

‘The models look at the outcomes of [diabetes] incidence and prevalence being predicted by both natural and added fluoride,’ said Fluegge, who performed the study as a post-doctoral fellow in the Department of Epidemiology and Biostatistics at Ohio’s Case Western Reserve University School of Medicine.

When examining diabetes rates across 22 states, the study found a one milligram increase in average county fluoride levels predicted a 0.17 percent increase in age-adjusted diabetes prevalence. The study suggests that adding fluoride additives to water was “significantly associated with increases in diabetes between 2005 and 2010.” Interestingly, the link to diabetes was different depending on the type of fluoride additive used. The substances known by the name fluoride which are added to municipal water supplies are actually a combination of unpurified by-products of phosphate mining, namely hydrofluorosilicic acid, sodium fluorosilicate, and sodium fluoride.

When sodium fluoride and sodium fluorosilicate were used the increase in diabetes was observed. However, fluorosilicic acid was associated with decreases in diabetes. Counties that do not add fluoride products, but instead rely only on naturally occurring calcium fluoride also maintained lower diabetes rates. Fluegge observed the positive link when he adjusted fluoride exposure levels to account for an estimated amount of tap water consumption per individual.

Fluegge says he does not believe the study should change water fluoridation policies just yet, but that this should be a wake-up call for more research on the association between water fluoridation and diabetes. “This is an ecological study. This means it is not appropriate to apply these findings directly to individuals,” stated Fluegge. “These are population-level associations being made in the context of an exploratory inquiry. And water is not the only direct source of fluoride; there are many other food sources produced with fluoridated water.”“The models present an interesting conclusion that the association of water fluoridation to diabetes outcomes depends on the adjusted per capita consumption of tap water,” Fluegge said. “Only using the concentration [of added fluoride] does not produce a similarly robust, consistent association.” This was the reason why Fluegge adjusted his calculations to incorporate tap water consumption rather than choosing the calculations that relied on “parts per million” measurements of fluoride in the water.

Fluegge is correct that the average person comes into contact with fluoride products through showers, canned goods, pesticides, processed foods, and fluoridated toothpaste. In the United States, the process of purposefully lacing water with fluoride additives began in the 1940s. Every year thousands of tons of fluorosilicic acid is recovered from phosphoric acid plants and then used for water fluoridation. During this process the fluoride ion is created.

This process of taking waste from the phosphate industry and putting it into drinking water has long been criticized for its effects on human health, and that of the environment. It is well known that water fluoridation has led to dental fluorosis for millions of children. This discoloring of the teeth was called “cosmetically objectionable” by the Centers for Disease Control. Beyond the cosmetic effect, there have been a number of studies indicating health issues ranging from arthritis, brain problems, reduced thyroid or overactive thyroid, kidney problems and bone cancers.

While proponents of water fluoridation have long pointed to an apparent drop in tooth decay in fluoridated nations as proof of its validity, those claims have been proven wrong by the World Health Organization. The Center for Disease Control and Prevention has stated the fluoride in the water is directly related to better teeth quality; however, the WHO released its own study showing that tooth decay rates have dropped in all Western nations, whether fluoridated or not.

In 2015, Truth In Media reported that the Cochrane Collaboration, a global independent network of researchers, professionals, and patients, reviewed the most comprehensive, well-designed and reliable papers on fluoride, before analyzing and publishing their conclusion.

The review identified only three studies since 1975—of sufficient quality to be included—that addressed the effectiveness of fluoridation in the population at large. These papers determined that fluoridation does not reduce cavities to a statistically significant degree, says study co-author Anne-Marie Glenny, a health science researcher at Manchester University in the United Kingdom.

The scientists also found “insufficient evidence” that fluoridation reduces tooth decay in adults (children excluded). “From the review, we’re unable to determine whether water fluoridation has an impact on caries levels in adults,” Glenny says.

Trevor Sheldon, dean of the Hull York Medical School in the United Kingdom, conducted a review of water fluoridation in 2000. Sheldon concluded that the process is not effective. “I had assumed because of everything I’d heard that water fluoridation reduces cavities but I was completely amazed by the lack of evidence,” he told Newsweek. “My prior view was completely reversed.”

Sheldon points out that some studies have actually shown that when water fluoridation was ceased, cavities went down a small percentage among schoolchildren. This includes a 2001 study of two British Columbia communities that was included in the Cochrane review.

The Cochrane team also found that most studies confirming the effectiveness of fluoridation were completed prior to the widespread use of dental products such as mouth rinses and toothpastes. The study did find evidence that fluoridation was linked to a 26 percent decrease in cavities. However, this study was also done before the growth of modern dentistry. The researchers write, “We have limited confidence in the size of this effect due to the high risk of bias within the studies and the lack of contemporary evidence.”

In early June 2015, the Health Research Board (HRB) also released an in-depth review of the effects of water fluoridation. The review was conducted at the behest of the U.S. Department of Health. After examining all internationally peer-reviewed papers on the topic of fluoride and health effects from 2006 to 2014, the HRB “found no definitive evidence that community water fluoridation is associated with positive or negative systemic health effects.”

In February 2015, Anti Media reported on a study published in the BMJ’s Journal of Epidemiology and Community Health which confirmed fluoride’s negative effect on the thyroid gland and a possible connection to depression, weight gain, and other negative health effects.

Researchers with the University of Kent in England examined thyroid activity for those in areas with fluoridated water and those without. The team examined 95 percent of the English population in 2012 and 2013 and found high rates of underactive thyroid were 30% more likely in areas with high fluoride concentration. An underactive thyroid can lead to depression, weight gain, fatigue and aching muscles.

While the study confirms previous studies that showed fluoride interferes with the production of iodine for the thyroid, some experts believe the study is not conclusive. Prof David Coggon, Professor of Occupational and Environmental Medicine, University of Southampton, believed the observations could have been caused by some other variable. “It is quite possible that the observed association is a consequence of other ways in which the areas with higher fluoride differ from the rest of the country,” he told the Telegraph. “There are substantially more rigorous epidemiological methods by which the research team could have tested their idea.”

Beyond the health effects themselves, there seems to be a growing conflict of interest between American health agencies and the publicly available data on dangers associated with fluoride. In 2014 Truth In Media reported:

Over 2000 pages of emails released under a Freedom of Information Act request have uncovered an apparent conflict of interest between the Center for Disease Control and Prevention (CDC) and the American Dental Association (ADA) regarding water fluoridation. The emails also contain an admission by the CDC that those with kidney issues will likely be adversely affected by the substance.

From September 5th to the 8th the Fluoride Action Network held the 5th Citizens Conference on Fluoride in Washington D.C. At the conference, Dan Stockin, MPH, released the emails and declared that “These documents make it abundantly clear….. the ADA and CDC Oral Health Division are the tweedledum and tweedledee of fluoridation promotion. They work hand in hand (often at taxpayers’ expense) to spin the message in favor of fluoridation.”

The 2500 pages contained emails from 2011 between employees at the Oral Health Division of the CDC (the only division at the CDC that deals with fluoridation) and the ADA, as well as communications from the Department of Health and Human Services (HHS).

The Nidel Lawfirm helped in the efforts to get the emails released. A statement from Nidel states that, “These documents raise questions about the objectivity of individuals within these agencies and indicate a need to get to the true motivations behind the lack of objectivity in these organizations.”

The reasons for opposing water fluoridation include: fear of a variety of health concerns; the belief that the practice is force-medicating the population without their approval; financial waste; and environmental concerns related to phosphate mines where the chemical is found.

What are your thoughts? Should the American people have a choice whether or not they pay for water fluoridation? Do you believe the process is safe and should be continued?