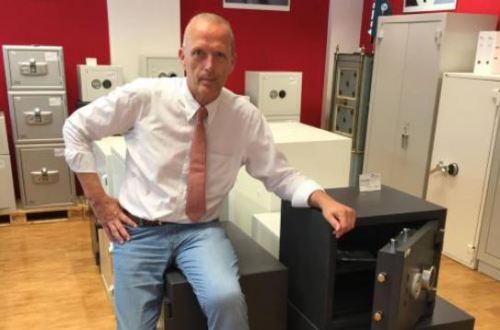 But it’s not just Deutsche Bank.

ZEW found that European banks in general lack sufficient capital to offset the losses expected in the case of another financial crisis. (Contrasting European banks with U.S. banks, ZEW Finance Professor Sascha Steffen observed that “The USA have drawn their own conclusions and implemented comprehensive measures for the recapitalisation of the American banking sector as early as in 2008. A lack of political will means that this has still not happened in Europe.”)

Exacerbating all this is the European Central Bank policy of negative interest rate on bank deposits, which has led to a 7% decline in Deutsche Bank’s net interest income, traditionally the most important pillar of bank earnings in the Eurozone.

Martin Lück, strategist at the world’s largest asset manager Blackrock, warns that instead of the intended spending spree by forcing savers to spend, the ECB’s actions have the opposite effects, including:

All of which led Deutsche Bank’s chief economist David Folkerts-Landau to launch a shocking anti-ECB rant in June, warning of social unrest and another Great Depression. In a guest commentary titled “Banks in Upheaval,” DB’s CEO John Cryan wrote that “monetary policy is now running counter to the aims of strengthening the economy and making the European banking system safer,” and ominously warned of “fatal consequences” for savers and pension plans while “companies refrain from investments due to ongoing uncertainty and demand less loans.”

That was the last straw.

Ulrike Dauer reports for the Wall Street Journal, Aug. 28, 2016 (via ZeroHedge), that sparked by low interest rates and the prospect of fees on bank deposits, “German savers are leaving the security of savings banks for what many now consider an even safer place to park their cash: home safes.”

Although Germans had kept socking money away in savings accounts despite plunging interest rates, deeming their accounts secure, “recently, many have lost faith.“

Paying to save is “preposterous,” said Marlene Marek, 58, owner of a Frankfurt bistro. “I would rather withdraw my money and stash it at home, or keep it in a safe-deposit box at a bank.”

82-year-old retiree Uwe Wiese thinks a home safe is better because “When you put money in a safe-deposit box, everyone notices, and you’re paying fees. It doesn’t pay to keep money in the bank, and on top of that you’re being taxed on it.” Wiese recently bought a home safe to stash roughly €53,000 ($59,344), including part of his company pension that he took as a payout.

Thies Hartmann (see pic above), managing director of Hamburger Stahltresor GmbH, a family-owned safe retailer in Hamburg, said “Safe manufacturers are operating near their limits.” He said his store has grown 25% since 2014, and deliveries take longer from safe makers, some of which are running three production shifts.

It’s not just in Germany that negative bank interest rates are driving up savings rates, as seen in the three charts below:

It’s not just retail savers. Banks and other financial institutions are also hoarding more cash. Reinsurance giant Munich Re AG said earlier this year it would cache over €20 million in cash in a safe, alongside gold bars the company stockpiled two years ago. Chief Financial Officer Jörg Schneider said, “We are testing that and are happy that this works without any glitches and at reasonable costs.”

But what if TPTB succeeds in abolishing cash altogether, as Harvard economists Larry Summers and Kenneth Rogoff are urging?

Already, the European Central Bank plans to phase out the €500 bill and to ban cash transactions that exceed €5,000, which some Germans fear is the beginning of the end of cash.

There is an activist group in Germany demanding that the existence of cash be guaranteed in the country’s constitution. A member of the group explains, “I don’t want to become completely transparent. I don’t want everyone to know whether I buy chocolate, strawberries or mangoes at the store.”

The Bank of Japan, too, recently introduced negative interest rates. The result: Japanese, too, are socking their money in home safes.