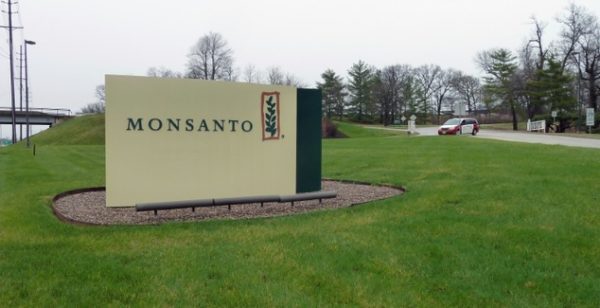 Monsanto – the company we all love to hate as they spread their chemically-laden tentacles across the planet – took a big legal hit yesterday.

And by big, we mean an amount that would boggle the minds of most of us ordinary mortals. A whistle-blower was extremely well rewarded for doing something he probably would have done for free.

A former financial executive at Monsanto Co. will collect a nearly $22.5 million reward for alerting the Securities and Exchange Commission to alleged accounting violations related to the company’s trademark weedkiller, a lawyer for the whistleblower said.

The SEC said Tuesday it granted a reward, its second-largest since the whistleblower program’s 2011 inception, but it didn’t disclose information about the case. It credited the whistleblower’s “detailed tip and extensive assistance” with helping to stop a “well-hidden fraud” at the tipster’s company.

The whistleblower executive’s lawyer, Stuart Meissner, said the $22,437,800 award is tied to a February settlement of $80 million between the SEC and Monsanto.

The earlier settlement followed federal accusations of accounting violations related to a rebate program that was designed to boost sales for the toxic weedkiller Roundup.

The SEC had said that Monsanto lacked sufficient internal controls to account for millions of dollars in rebates that it offered to retailers and distributors. It ultimately booked a sizeable amount of revenue, but then failed to recognize the costs of the rebate programs on its books.

That led the St. Louis-based agriculture company to “materially” misstate its consolidated earnings for a three-year period.

Meissner said his client – who has not been publicly identified – went to the SEC only after first trying to correct the issues internally.

“Internal gatekeepers like our client represent the first line of defense against financial wrongdoing at companies,” said Meissner.

“Company employees are in unique positions behind-the-scenes to unravel complex or deeply buried wrongdoing. Without this whistleblower’s courage, information, and assistance, it would have been extremely difficult for law enforcement to discover this securities fraud on its own.”

Being a whistleblower, is, of course, a business fraught with risk, especially when dealing with a company like Monsanto. You may recall that Monsanto hired an army of mercenaries from the former Blackwater a few years ago, contracting them for “security services.” As well, they declared a stealth social media war against protestors. I can only imagine what they’d do to a person who just cost them over $80,000,000.