This is the state of freedom in the West. But remember — Obama, Hillary and their attendant running dogs in the enemedia demand you repeat the daily mantra, “this has nothing to do with religion.”

I am sure such warnings will be deemed “islamophobic.” Embrace the hate and violence of Islam, show how tolerant you are.

Oh, and let’s not forget the Pope’s declaration that Islam is a religion of peace and the Qur’an is not a violent book.

VICARS have been warned by counter-terror chiefs not to wear dog collars in public over fears of an Islamist attack.

Worries knife-wielding ISIS jihadists will target churches were raised by experts and revealed by churchmen.

New counter-terrorism advice is being urgently issued to vicars and churches across the UK this week over fears an attack on British Christians is now likely.

The new security measures follow the murder of a priest by two Islamic State killers in France last month, amid fears a similar attack could now happen in the UK.

Experts warned a terrorist attack on churches “is coming”. 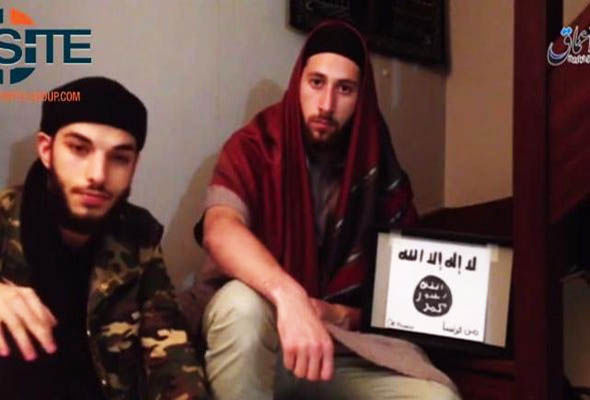 Places of worship in the UK, which are ‘easy targets’ for jihadists, are now being urged to take precautions and increase security.A document called Counter Terrorism Advice for Churches urged religious leaders to prepare for terror strikes and to be on alert for attackers, who are likely to be armed with knives.ISIS has threatened Christians before and has launched an effective genocide against the faith in lands it has seized in the Middle East.Last Sunday Catholic Priest Albert Pandiangan was stabbed during by an ISIS-inspired knifeman during mass in Indonesia – who then tried to detonate an explosive device but failed.Catholic priest Jacques Hamel, 85, had his throat slit by knife-wielding monsters wearing fake explosive belts when he was taken hostage at his church in Normandy on July 26.The slaying has prompted guidance to be rewritten for religious institutions in the UK.

Ex-police officer Nick Tolson, who has advised the Home Office on counter-terrorism measures since 2012, has drafted the new tougher security recommendations.He told the Mirror: ”Since the French attack we have to look at the possibility of an attack on a church in this country.The risk level has gone up.”Churches in the past were considered low risk – now we know an attack is coming… and churches are one of the easy targets.“It’s likely to be a knife – not a machine gun, but we are covering that too.” 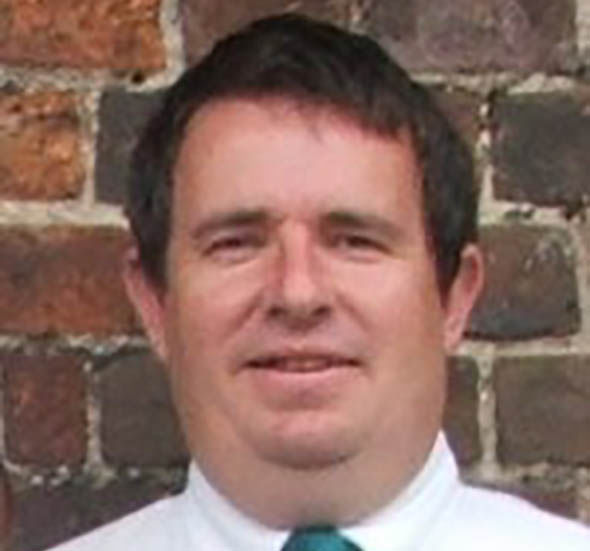 As well as briefing religious leaders how to avoid being targeted, the guidelines give directions about what to do if an attack takes place.It reads: “If someone produces weapons during a service (and this will usually be a knife or blunt instrument) then you will need to get people out of the church.”They are at risk, it only takes seconds for someone to stab a large number of people as we have seen.”The guidilines also advises religious leaders how to handle Sunday School children who may get separated from their parents in the event of an attack.It adds: “Obviously the safety of children is paramount and understandably the parents will be frantic.”The publication – which is illustrated with images of handguns and AK-47 rifles – stresses the need to respond quickly “to give you the best chance of survival”.It says: “It does not matter whether they have a pistol, rifle or a machine gun. A firearm will kill a large number of people very quickly.” 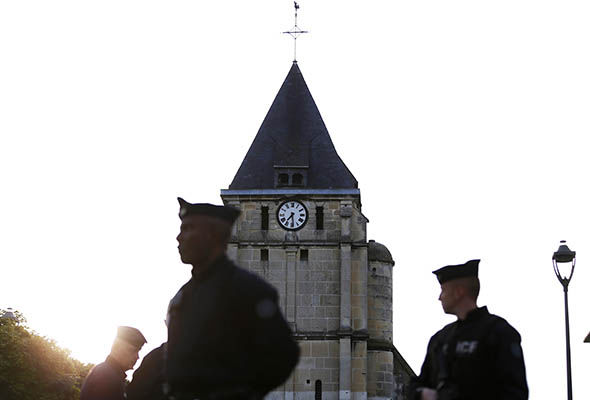 Father Jacques Hamel was murdered in his church in Normandy

Since 1996 eight members of the clergy have been murdered in the UK – all of them killed with knives.A vicar revealed he was warned by church diocese officials not to wear dog collars in public because it marks clergymen out as a potential target.He claimed they have also been warned to avoid being in churches on their own.Since the attack in France anti-terrorism police have warned churches to be on alert.The Metropolitan Police’s deputy assistant commissioner Neil Basu wrote to UK church congregations as a direct response to “the terrible murder of Father Jacques Hamel in France”.In his letter he wrote: “We are again reminded of the indiscriminate nature of terrorism and the brutal and senseless actions of these criminals.”He added: “Church leaders and their congregations here in the UK should remain alert not alarmed.“There is no current intelligence to suggest any attack planning of this nature in this country.

“However I know these are troubling times and it makes sense for all church leaders to review their security plans and to encourage their flock to be vigilant.”