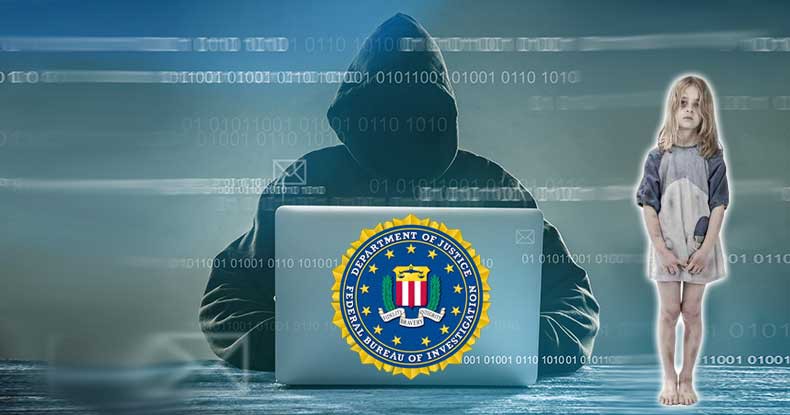 I am firmly against entrapment. I am against those who are supposed to uphold the law, engaging in schemes in which they violate the law to catch other people who are violating the law. It’s now being reported that the Federal Bureau of Investigation is disseminating child pornography in what is being labeled Operation Pacifier.

For two weeks in the spring of 2015, the FBI was one of the largest purveyors of child pornography on the internet.

After arresting the North Carolina administrator of The Playpen, a “dark web” child-pornography internet bulletin board, agents seized the site’s server and moved it to an FBI warehouse in Virginia.

They then initiated “Operation Pacifier,” a sting and computer-hacking operation of unparalleled scope that has thus far led to criminal charges against 186 people, including at least five in Washington state.

The investigation has sparked a growing social and legal controversy over the FBI’s tactics and the impact on internet privacy. Some critics have compared the sting to the notorious Operation Fast and Furious, in which the Bureau of Alcohol, Tobacco, Firearms and Explosives allowed the illegal sales of thousands of guns to drug smugglers, who later used them in crimes.

Defense attorneys and some legal scholars suggest the FBI committed more serious crimes than those they’ve arrested — distributing pornography, compared with viewing or receiving it.

Not only is this a problem when it comes to morality and ethics, but the subsequent arrests and charges are compromised as the FBI failed to share with the court exactly how Operation Pacifier was conducted.

Court documents specify that as many as 100,000 people logged onto the site.

So, when are we going to see prosecution of every single federal agent involved in Operation Pacifier, as well as any DOJ participants? I’m gathering that we won’t see such justice.

Still the victims of child pornography, who were used by the FBI in their illegal operation have ground to sue the FBI for using their images and videos. According to Howard Anglin, writing in the New York University Law Review, “If, as courts have held, the children depicted in child pornography are victimized anew each time it changes hands, this practice inflicts further injuries on the children portrayed in the images. The practice of distributing child pornography in undercover operations exposes federal agents to potential civil liability and undermines the integrity of the criminal justice system.”