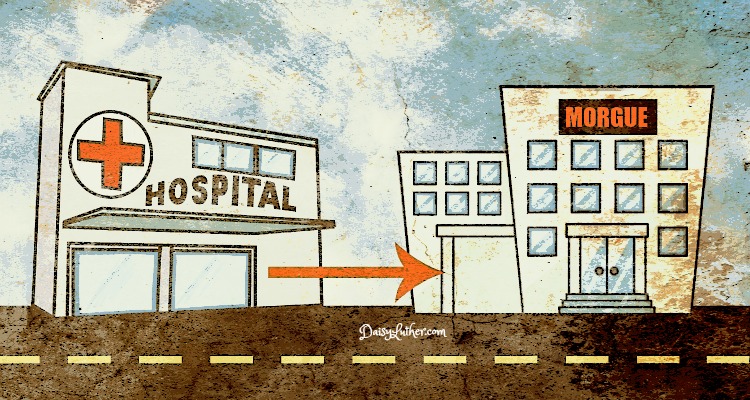 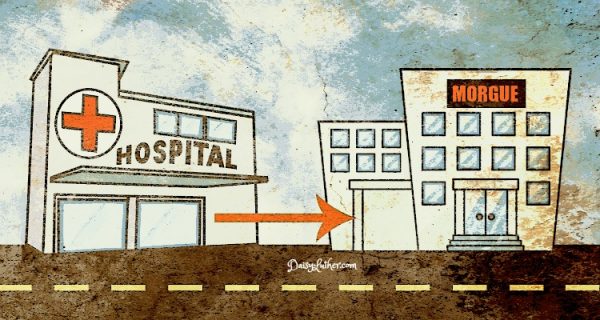 Sick people go to the hospital to get well, but there’s now even more scientific evidence confirming that a visit to the hospital may a person even worse-off than they were to begin with. And now we know why.

A brand new study was released that has discovered that gut flora is reduced dramatically within DAYS of someone entering the hospital environment.

Here’s why this is such a big deal.

Many of us have had a suspicion for quite some time that going into the hospital is not always good for your health. But recently, hospital-acquired diseases have begun affecting patients in record numbers. The overuse of antibiotics has contributed to not only antibiotic resistance but to the rise in cases of Clostridium difficile (commonly called C.diff), which can rapidly kill a person due to dehydration.

But it isn’t just about antibiotic resistance. Optimum gut health is critical in the fight against C.diff (as well as a plethora of other conditions). Gut health is actually pretty easy to maintain. For most people, a serving of a simple probiotic yogurt daily  is all it takes. Oh – and if it’s home-made then it’s even better. (Here are two super easy methods for making your own yogurt.) The consumption of yogurt with active cultures is such a simple thing, but it seems to be beyond the majority of hospitals to provide it to ensure the heath of their patients.

Anyway, back to the study.

It’s important to note that the study concentrated primarily on patients admitted to ICU, so we are talking about seriously ill individuals here. Those patients would already be at most risk from catching a hospital-acquired infection  since those hospital-acquired conditions are opportunists by nature . Patients who are already sick and compromised prove to be perfect hosts.

Researchers from The American Society For Microbiology found that health-promoting flora carried in the gut, on the skin, and in the mouth are massively reduced in hospitalized patients. The longer they are in the hospital, the worse the situation gets.

Another name for “good bacteria” is commensals. Commensals are parasitic organisms, but not in the creepy way we usually think about parasites being on our bodies. These are bacteria we all carry both on and in our bodies which provide benefit to us without harming us, the host. In fact, commensals are essential to keep us healthy. Losing them in such massive numbers leaves us far more likely to contract infections and less able to fight infections should we contract one.

Gut flora, in particular, is susceptible to major imbalances, and that alone can be enough to put a patient at risk of death.

What makes a gut microbiome healthy or not remains poorly defined in the field. Nonetheless, researchers suspect that critical illness requiring a stay in the ICU is associated with the loss of bacteria that help keep a person healthy. The new study, which prospectively monitored and tracked changes in bacterial makeup, delivers evidence for that hypothesis…

“The results were what we feared them to be,” says study leader Paul Wischmeyer, an anesthesiologist at the University of Colorado School of Medicine. “We saw a massive depletion of normal, health-promoting species.”

“We saw the rapid rise of organisms clearly associated with disease,” he says. “In some cases, those organisms became 95 percent of the entire gut flora — all made up of one pathogenic taxa — within days of admission to the ICU. That was really striking.” (source)

The researchers reported that some of the patient microbiomes resembled the microbiomes of corpses. “That happened in more people than we would like to have seen.”

Let me run that by you again:

Just to be clear this means that the colonies of health promoting bacteria present in these patients were at the level of a dead body rather than a living human being.

Wischmeyer hopes to use the data to track patients and give therapies – like the dramatic measure of including probiotics by feeding them yogurt – to patients before their work-ups resemble that of a corpse. Let’s hope for the sake of those poor souls needing ICU care that hospitals get cracking on this right away.

You can read the report here.