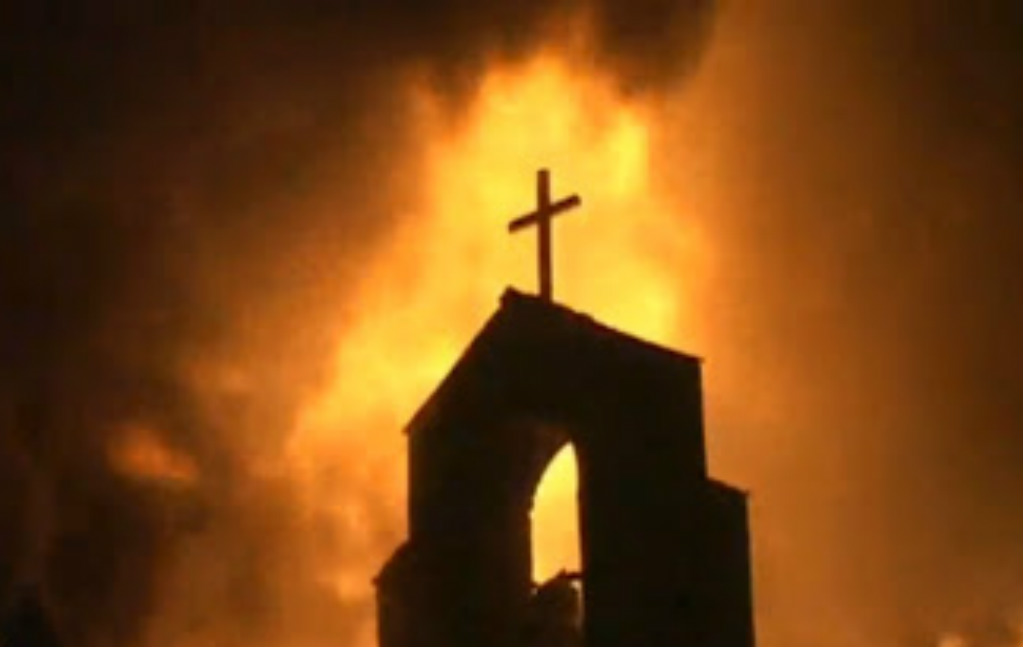 Major terrorist experts are declaring that we should prepare for more violence in churches in the West, since the beheading of a priest in France. This means that there will be more beheadings and martyrdoms in the Western world. I did a whole video on this:

Counter-terror experts have issued guidelines to British clergymen, warning of an attack similar to the Islamic State (Isis) killing of a catholic priest in Normandy, according to reports on Tuesday (30 August).

The advice issued to priests includes increased security in places of worship and not wearing dog collars in public. The counter-terror advice is to be “urgently” issued to churches up and down the country following the murder of Catholic priest Jacques Hamel.

The 85-year-old had his throat slit by two IS (Daesh) inspired jihadists whilst leading mass in the town of Saint-Etienne-du-Rouvray.

Although no specific threat has been identified so-called ‘soft targets’ like churches, synagogues and other places of worship are feared to be the next target for a jihadi attack. Many have already beefed-up security with some Jewish schools employing round-the-clock security.

The new measures, which are titled Counter Terrorism Advice for Churches, ask religious leaders to be on alert for attackers, possibly armed with knives, and issues advice on how to act in the event of a terror attack.

With a draft reportedly seen by the Mirror Online, the guidelines – written by former police officer and Home Office counter terror adviser, Nick Tolson – are to be published by National Churchwatch as quickly as possible. The organisation works to produce safety advice for those who work in places of worship.

Tolson said: “Since the French attack we have to look at the possibility of an attack on a church in this country. The risk level has gone up.

“Churches in the past were considered low risk – now we know an attack is coming… and churches are one of the easy targets. It’s likely to be a knife – not a machine gun, but we are covering that too.”

The paper outlines how to prepare for a terrorist attack, CCTV, alarms and controlling entrances, how to challenge suspicious people, how to deal with disturbances during services and what to do when ‘gunfire or explosions’ take place.

One vicar spoke to the Mirror, saying that he had been given advice: “Not to wear dog collars in public which identify them as being in the clergy, not to be in their church alone by themselves at any time and to beef up security at their church.”