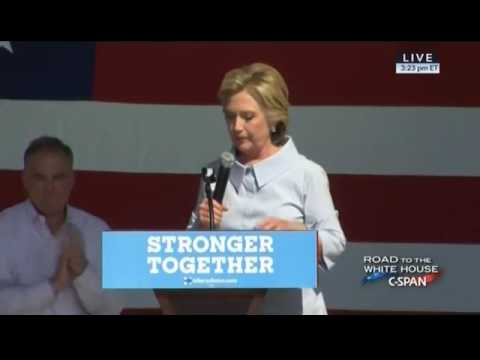 Her incessant cough was back as Hillary Clinton visited Cleveland, Ohio, for a Labor Day campaign appearance.

While media whore MSNBC cut its camera when she coughed, thank heavens we have CSPAN’s live uninterrupted coverage:

Drudge Report has a link to the video. Here are some hilarious comments on the video’s YouTube page: