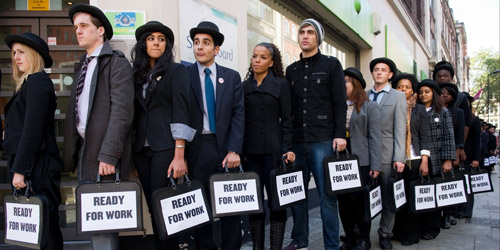 Bad trade deals like NAFTA and TPP… such high and inexcusable taxes and fees on small businesses that employ so many good people.

This Labor Day let’s honor our American workers – the men and women who proudly keep America working. They are the absolute best anywhere in the world. There’s nobody like them.

The REAL unemployment rate in America, when you count all those people the government no longer counts, is approaching 25%.

That means that nearly one in four Americans have no job.

These are Great Depression numbers.

According to the Free Beacon:

There were 94,708,000 Americans not participating in the labor force in May, an increase of 664,000 individuals from the previous month, according to data from the Bureau of Labor Statistics released Friday.

This is Obama’s America and Hillary Clinton will undoubtedly continue the trend.