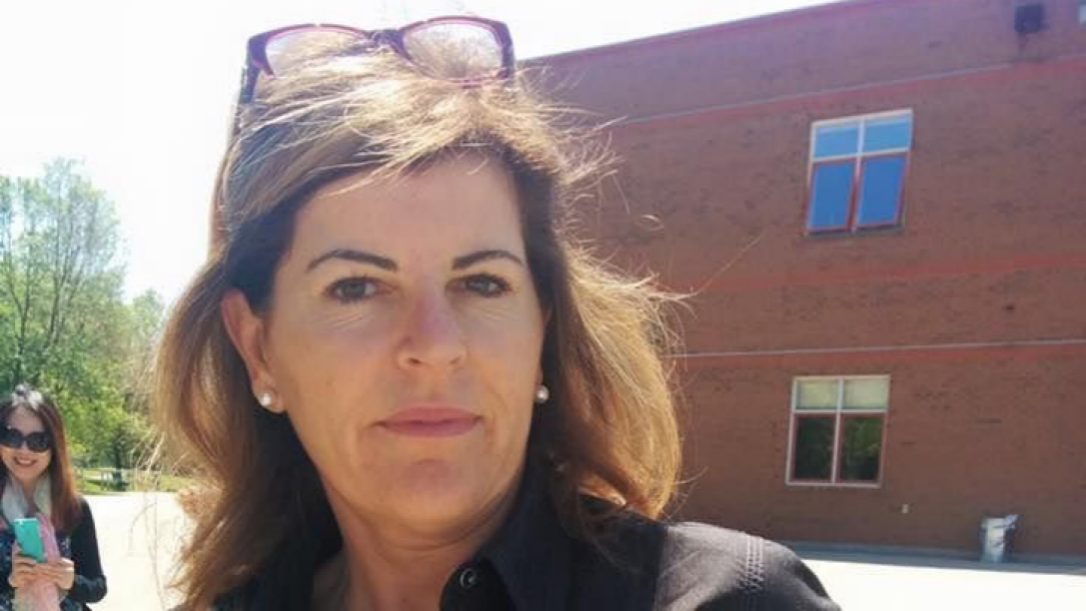 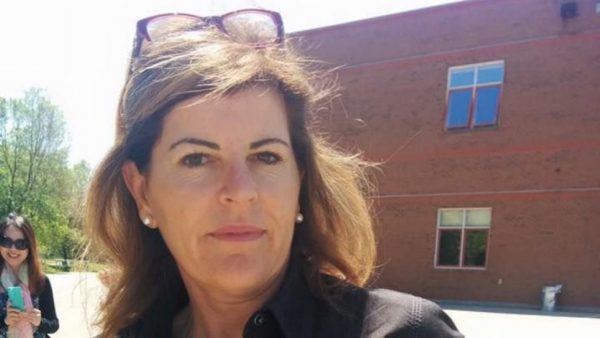 What terrible spell is the West living under.? There is no blasphemy in a free society. And yet one Muslim complains, and an entire career is destroyed.

Apparently an Ontario, Canada school principal criticizing Muslims in Europe for not standing up against the violence done in the name of their religion, and expressing an opinion that burkas should be permitted in France when bikinis are permitted in Saudi Arabia, is enough to cause a public furor and calls for her termination.

Islam and Islamic government are a unique threat to free speech and liberty. Freedom of speech is the foundation of a free society. Without it, a tyrant can wreak havoc unopposed, while his opponents are silenced.

Putting up with being offended is essential in a pluralistic society in which people differ on basic truths. If a group will not bear being offended without resorting to violence, that group will rule unopposed while everyone else lives in fear, while other groups curtail their activities to appease the violent group. This results in the violent group being able to tyrannize the others.

Islamic law forbids criticism of Islam, Quran, Muhammad. If they cannot be criticized in the US, we are in effect accepting Islamic law as overriding the freedom of speech. This would establish Muslims as a protected class and prevent honest discussion of how Islamic jihadists use the texts and teachings of Islam to justify violence and supremacism.

“Islamophobia” — this term amounts to little more than the enforcement of Sharia in the marketplace of ideas.

Any criticism of jihad terror that examines its ideological roots in Islam is called Islamophobia, The word is used to intimidate people into thinking there is something wrong with opposing jihad terror. This deforms our response to terrorism by placing off-limits any examination of its guiding ideology, and effectively enforces Sharia blasphemy laws in the US by placing Islam, Quran, Muhammad beyond criticism.

If speech that offends a group is outlawed, that group has absolute power, and a free society is destroyed. A group that cannot be criticized cannot be opposed. It can work its will no matter what it is, and no one will be able to say anything to stop it.

The article has photos of her “islamophobic” posts. They are perfectly legitimate opinions.

And this article is written by a Muslim, of course.  Always.

“Principal under investigation for anti-Muslim posts,” By Noor Javed, The Star, September 6, 2016:

The York Region District School Board is investigating allegations that an elementary school principal put anti-Muslim posts on her Facebook page.

“We take all matters of this nature seriously. After learning of the allegations, the board has begun an investigation,” said YRDSB spokesperson Licinio Miguelo.

“This is a personnel matter, and as such details cannot be provided, however we will conduct a thorough investigation, follow all protocols and policies and take any necessary measures,” he said.

Some of the Facebook posts the principal is alleged to have shared and commented on include: videos purportedly showing violent “Muslim takeovers” of Paris and London; articles expressing concerns around bringing refugees to Canada, given their “terrorist sympathies”; and another headlined: “Must see: Dutch mayor tells fellow Muslims they can f—— if they don’t like freedom.”

Sadaka, the new principal at Sir Wilfrid Laurier Public School in Markham, referred all questions to the board’s head office when contacted by the Star Friday. “I appreciate your questions, but for any further information you will have to go through the board office,” she said.

The community member, who asked not to be identified for fear of repercussions, said she felt the Facebook posts were “blatantly spreading hate.” The posts, some dating back to early 2015, were removed last week after the Star contacted the school board.

“As I was on Facebook I stumbled upon a principal’s page who had some Islamophobic posts,” said the woman in an email sent to the YRDSB director and obtained by the Star. She claimed that “it is obvious” the person putting up the posts “has a dislike towards Muslims.

“From my understanding, YRDSB upholds the values of having its students feel respected and safe,” she said. “It is unacceptable to be seeing this behaviour.”

In a response to the woman’s email, local superintendent Peter Tse said, “We will definitely take your concerns and follow up into the matter.”

According to her LinkedIn profile, Sadaka has been a vice-principal in the board since 2011 and became a principal in 2013. She had previously worked as a principal at E.T. Crowle Public School, which is also in multicultural Markham.

This is the second time the York board has dealt with incidents of alleged Islamophobia among staff in recent years. In 2015, a Richmond Hill high school teacher, Michael Marshall, was fired after a 10-week investigation found he had posted tweets online that were considered to be Islamophobic and racist. The Star has also written previously about how concerns with racism within the board have gone unresolved.

Last year, the board cancelled an anti-oppression, equity and inclusive education training course. York school board director J. Philip Parappally said it was delayed due to the provincial labour dispute.

Although the course never took place, a board spokesman said many other supports and resources exist on the issue of equity. For example, earlier this year, the board said it partnered with the Ontario Human Rights Commission during its annual equity symposium, where OHRC staff delivered presentations on topics such as human rights and creed, and racial discrimination.

The Ontario College of Teachers has guidelines for teachers to follow when it comes to their use of social media.

“Teaching is a public profession,” the college writes in a 2011 advisory on social media. “Canada’s Supreme Court ruled that teachers’ off-duty conduct, even when not directly related to students, is relevant to their suitability to teach. Members should maintain a sense of professionalism at all times — in their personal and professional lives.”

Chris D’Souza, an equity and human rights strategist who offers anti-bias training for principals, says there is no shortage of guidelines available for educators to educate themselves on issues of equity and social media.

“For administrators, our level of professionalism spills into things we say, our social media, our forms of activism,” said D’Souza, adding there should be mandatory equity training for educators across the province.

“There is a much higher level of accountability,” he said.

“We welcome a full investigation,” said Amira Elghawaby, communications director for the council.