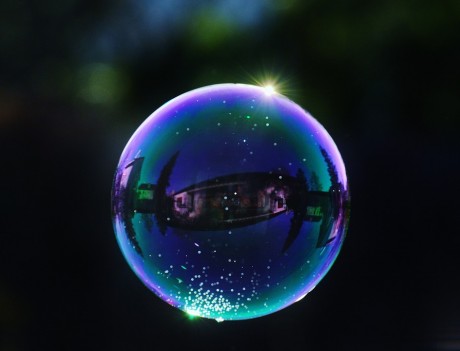 Do you remember the subprime mortgage meltdown from the last financial crisis?  Well, this time around we are facing a subprime auto loan meltdown.  In recent years, auto lenders have become more and more aggressive, and they have been increasingly willing to lend money to people that should not be borrowing money to buy a new vehicle under any circumstances.  Just like with subprime mortgages, this strategy seemed to pay off at first, but now economic reality is beginning to be felt in a major way.  Delinquency rates are up by double digit percentages, and major auto lenders are bracing for hundreds of millions of dollars of losses.  We are a nation that is absolutely drowning in debt, and we are most definitely going to reap what we have sown.

The size of this market is larger than you may imagine.  Earlier this year, the auto loan bubble surpassed the one trillion dollar mark for the first time ever…

Americans are borrowing more than ever for new and used vehicles, and 30- and 60-day delinquency rates rose in the second quarter, according to the automotive arm of one of the nation’s largest credit bureaus.

The total balance of all outstanding auto loans reached $1.027 trillion between April 1 and June 30, the second consecutive quarter that it surpassed the $1-trillion mark, reports Experian Automotive.

In order to try to help people afford the payments, auto lenders are now stretching loans out for six or even seven years.  At this point it is almost like getting a mortgage.

But even with those stretched out loans, the average monthly auto loan payment is now up to a record 499 dollars.

That is the average loan size.  To me, this is absolutely infuriating, because only a very small percentage of wealthy Americans are able to afford a $499 monthly payment on a single vehicle.

Many middle class American families are only bringing in three or four thousand dollars a month (before taxes).  How in the world do they think that they can afford a five hundred dollar monthly auto loan payment on just one vehicle?

Just like with subprime mortgages, people are being taken advantage of severely, and the end result is going to be catastrophic for the U.S. financial system.

Prime delinquencies were up 12 percent on a month-over-month basis and were up21 percent compared to the same month last year.

We have a huge crisis on our hands, and major auto lenders are setting aside massive amounts of cash in order to try to cover these losses.  The following comes from USA Today…

General Motors reported in a similar filing that it set aside $864 million for credit losses in that same period of 2016, up 14%from a year earlier.

Meanwhile, other big corporations are also alarmed about the economic health of average U.S. consumers.  Just check out what Dollar General CEO Todd Vasos had to say about this just the other day…

I know that when we look at globally the overall U.S. population, it seems like things are getting better. But when you really start breaking it down and you look at that core consumer that we serve on the lower economic scale that’s out there, that demographic, things have not gotten any better for her, and arguably, they’re worse. And they’re worse, because rents are accelerating, healthcare is accelerating on her at a very, very rapid clip.

The stock market may seem to be saying that everything is fine (for the moment), but the hard economic numbers are telling a completely different story.  What we are experiencing right now looks so similar to 2008, and this includes big institutions just dropping dead seemingly out of the blue.  On Tuesday, we learned that ITT Technical Institute is immediately shutting down and permanently closing all locations.  This is from a Los Angeles Times report…

The company that operates the for-profit chain, one of the country’s largest, announced that it was permanently closing all its campuses nationwide. It blamed the shutdown on the recent move by the U.S. Education Department to ban ITT from enrolling new students who use federal financial aid.

“Two quarters ago there were rumors about the school having problems, but they told us that anyone who was already a student would be allowed to finish,” said Wiggins, who works as the assistant manager for a family-run auto parts business and went to ITT to open new opportunities.

As a result of this shutdown, 35,000 students are suddenly left out in the cold and approximately 8,000 employees have lost their jobs.

This is what happens during a major economic downturn.  Large institutions that may have been struggling under the surface for quite a while suddenly give up and drop a bomb on those that were depending on them.  In the months ahead, there will be a lot more examples of this.

Already, some of the biggest corporate names in America have been laying off thousands of workers in 2016.  Mass layoffs are usually an early warning sign that big trouble is ahead, so keep a close eye on those companies.

The pace of the economic decline has been a bit slower than many (including myself) originally anticipated, but without a doubt it has continued.

We are living in the greatest debt bubble in world history, and there are signs that this giant bubble is now starting to burst.  And when it does, the pain is going to be greater than most people would dare to imagine.