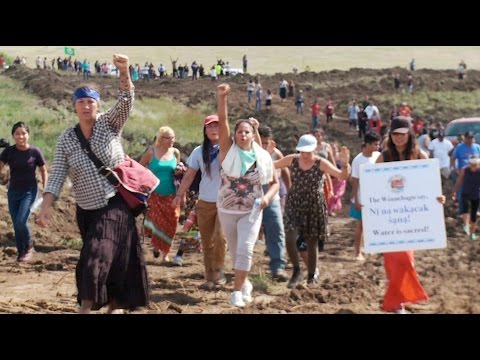 Over the weekend, peaceful protests turned violent after security guards from G4S, a British mercenary group, unleashed dogs on the demonstrators, provoking a confrontation the media spun as violently aggressive on the part of those protesting. The scuffle ensued after construction workers allegedly destroyed sacred Native American burial sites. However, video from the scene tells a different story — one of provocation from proponents of pipeline security.

UPDATE: National Guard troops have already been spotted operating a checkpoint near the protest site. (images below)

A spokesman from the Red Warrior Camp, located at the construction site, has issued this statement: