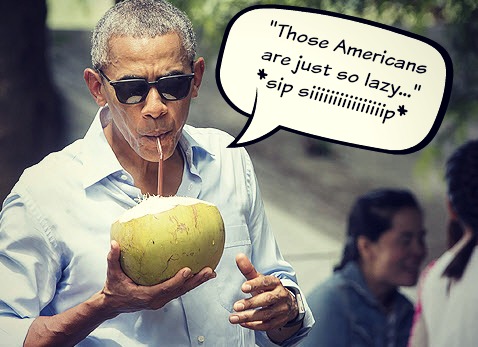 The romance between Americans and their president has been over for a long time now.

Now he just travels to other countries and talks about how lazy we all are behind our backs.

At a town hall in Laos, President Obama twice suggested that Americans are "lazy" — culturally and environmentally. pic.twitter.com/Ij7kzKjW5C

He's spent his last year in office globetrotting and guest-starring on reality shows, but we're the lazy ones.

And yet, that thin skinned sack of shit played more golf this year than I have in my lifetime.