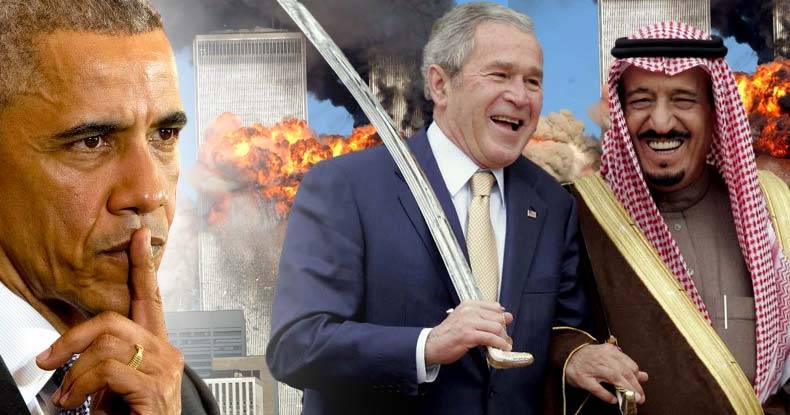 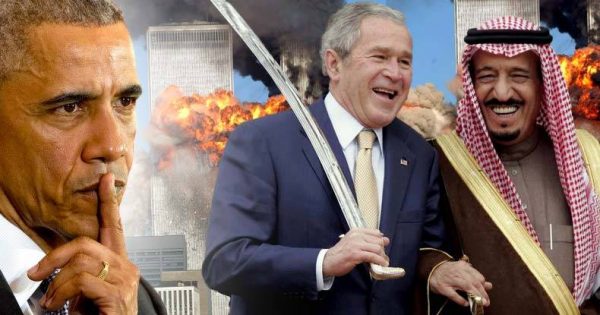 Washington, D.C. – The U.S. House of Representatives, following the lead of the Senate, passed a bill allowing Americans to sue Saudi Arabia over 9/11 only days before the attack’s 15th anniversary. The measure passed unanimously, without objection or opposition, but President Obama has promised to veto the bill.

House Resolution 3815, also known as the “Justice Against Sponsors of Terrorism Act” or JASTA, creates an exception to sovereign immunity created by a 1976 law, which currently prohibits U.S. citizens from suing foreign countries for terrorism that kills Americans on U.S. soil. The unanimous vote in the House gives the Republican-dominated legislature the ability to override a promised veto from the White House.

The sovereign immunity law has been invoked to guard Saudi Arabia from numerous lawsuits related to their involvement in the September 11, 2001 terrorist attacks. Fifteen out of 19 men, who are alleged to have hijacked commercial airliners and used them as missiles to target the World Trade Center and the Pentagon, were citizens of Saudi Arabia.

For all the excitement about the House’s unanimous passage of the Justice Against Sponsors of Terrorism Act (JASTA), following a similar unanimous vote in the U.S. Senate in late May, it turns out that the bill offers nothing more than an illusion of the prospect of justice and accountability. It is, indeed, a cruel hoax.

A last-minute amendment to the final draft of the bill included a provision that allows for the U.S. attorney general and secretary of state to stop any pending legislation against the Saudis. The section that was quietly inserted into the legislation — “Stay of Actions Pending State Negotiations” — allows the secretary of state to simply “certify” that the U.S. is “engaged in good-faith discussions with the foreign-state defendant concerning the resolution of claims against the foreign state.” While JASTA would have allowed families of victims of 9/11 to overcome the current restrictions barring them from suing foreign governments, the new section of the bill would essentially allow the heads of the Justice and State departments to stay any lawsuits indefinitely. The inserted provisions allow for organizational heads to simply “inform the judge hearing the case that the US government has engaged with Riyadh in diplomatic talks to resolve the issue.” Additionally, the attorney general can petition the court for an extension of the stay for “additional 180-day periods,” effectively delaying lawsuits against the Saudis indefinitely.

These dubious facts that have come to light reveal exactly why there was a unanimous vote for the legislation, as the legislators thought they could trick Americans into believing they had stood up for the victims of 9/11 and their families However, in reality, they secretly knew the bill was nothing more than window dressing meant to appease a public looking for accountability regarding 9/11.

When questioned about the insertion of this dubious provision into JASTA in May, bill co-sponsor Chuck Schumer’s office pointed out his comments in the Congressional Record, noting that “if the administration seeks to use this new authority, it should be prepared to provide substantial evidence of good-faith negotiations to the court.”

This statement by Schumer rings hollow as he was the very one responsible for adding the loophole derailing the bill. The Hill reports that Schumer emphasized that “this bill is very near and dear to my heart as a New Yorker because it would allow the victims of 9/11 to pursue some small measure of justice.” That phony statement highlights the lengths to which this man will lie to the public. If the bill was “near and dear” to his heart, then Schumer wouldn’t have secretly snuck in the provision at the last minute.

The lawyers for the victims’ families claimed after the Senate vote that despite being given these false assurances by Schumer and bill co-sponsor John Cornyn — that there would have to be “real and tangible” proof to secure a stay — they feel betrayed by Congress.

“How do I feel about the Justice Department being given this power? Not good,” 9/11 widow Kristen Breitweiser told the NY Post. “Their failure to bring their own Saudi indictment reveals how little they care about holding the Saudis accountable for either their funding or operational support of the 9/11 hijackers.‎”

House Speaker Paul Ryan visited with Saudi King Salman in Saudi Arabia in May, after the JASTA bill made global headlines, and had already gone on record as being against the bill. Although Ryan initially wasn’t expected to allow the legislation to the House floor for a vote after Senate passage, now that the bill is simply a toothless paper tiger meant to propagandize people into thinking there is a semblance of accountability for 9/11. The Saudis worked feverishly with their lobbying allies in D.C. to scuttle the legislation without success, even employing the Podesta Group, a lobbying firm co-founded by John Podesta — Hillary Clinton’s campaign manager.

In reality, the JASTA 9/11 bill is nothing more than another hoax being perpetrated on the American people by their own government to feign accountability for the terrorist attacks. The White House plans to veto the bill as they understand that if Americans are allowed to sue foreign governments, then foreign states will follow suit and begin allowing lawsuits against the U.S. for alleged sponsorship of terrorist activities in their own countries – a Pandora’s Box that President Obama, and the CIA most certainly do not want to open with the world watching.

Please share this story to help people understand the convoluted games being played in regards to the families of 9/11 victims seeking accountability and justice!