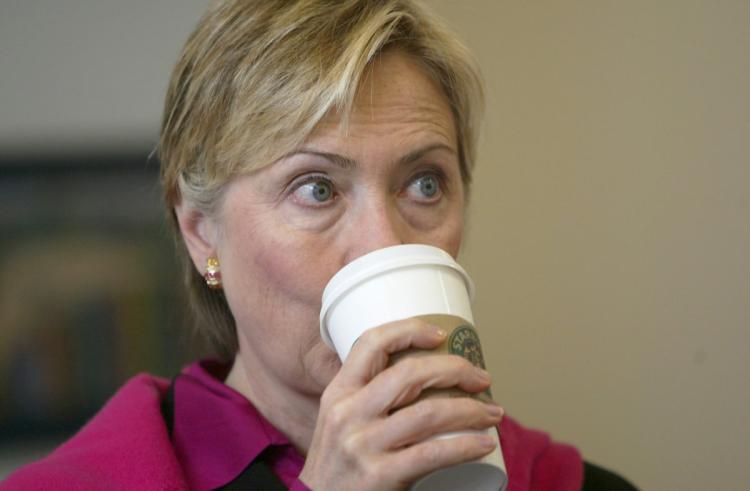 Here’s another reason to boycott Starbucks.

Schultz said: “Hopefully Hillary Clinton will be elected president. On the other side, we’ve seen such vitriolic display of bigotry and hate and divisiveness, and that is not the leadership we need for the future of the country.”

Schultz repeated his endorsement on CBS This Morning, declaring, “I’m engaged as a private citizen recognizing that Hillary Clinton needs to be the next president of the United States.”

Schultz refers to himself as a “lifelong Democrat” and is known to be one of America’s most politically outspoken chief executives. But his liberal advocacy has met with customer resistance on several occasions. As an example, last year there was a huge blowback at his “Race Together” initiative in which Starbucks employees were encouraged to write the slogan on coffee cups to prod Starbucks patrons to start a conversation about race relations in America.

Howard Schultz is the hypocrite who after piously telling CNN that he supported raising the minimum wage to $15/hour “across the country” and trumpeting that Starbucks employees’ wages were raised to “way above minimum wage,” promptly reduced workers’ hours so as to maintain profitability.

That reduction in work hours led to an online petition protesting the “extreme” cutbacks at Starbucks U.S. cafes, which was signed by more than 9,000 people, at least 7,000 of whom described themselves as Starbucks employees. (See “Guess what Starbucks did after raising workers’ minimum wage“)

According to Wikipedia, Starbucks’ CEO Howard D. Schultz “was born to a Jewish family on July 19, 1953, in Brooklyn, New York.” He is pro-gun control and same-sex marriage. In 2012, Forbes magazine ranked Schultz as the 354th richest person in the United States, with a net worth of $1.5 billion.