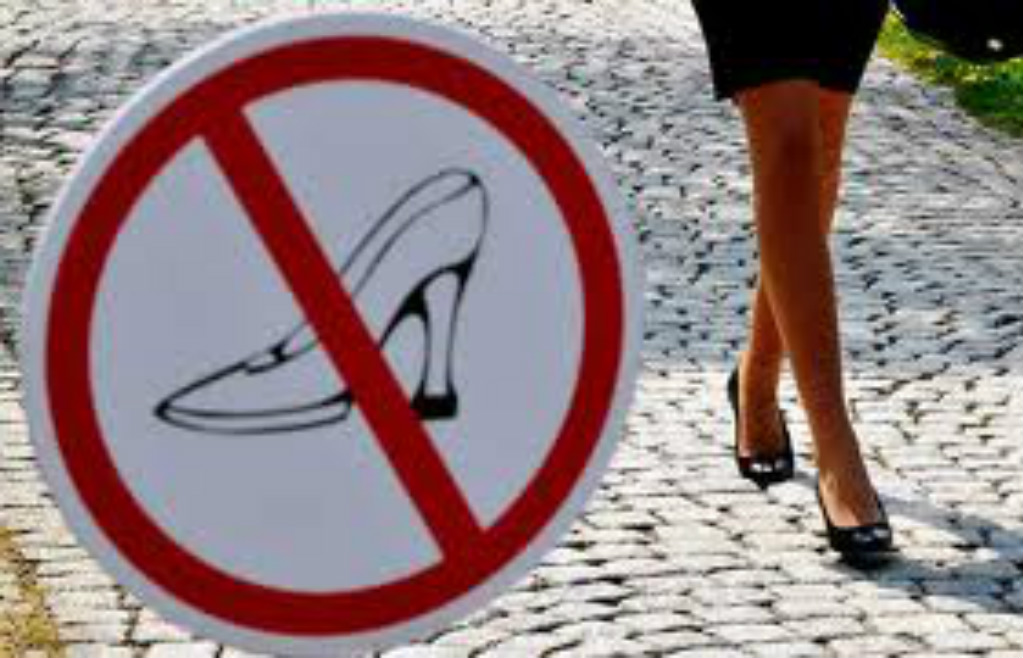 Instead of doing the sensible thing, which is to stem the tide of Muslim so-called “refugees” and “migrants” into their countries, EU governments resort to silly methods to prevent the sexual molestation of their women, such as:

The German federal police have come up with another brilliant idea — that women ditch high heels for sneakers so that they can outrun “asylum seekers”.

The German-language Freie Zeitan Deutschland reports, Sept. 8, 2016, that last year alone, more than a million immigrants from the third world, almost all men, entered Germany. Since then, the number of sexual assaults has “exploded”.

So this is the German police’s advice to women on how to protect themselves against rape by the “asylum seekers”.

Bundeskriminalamt (Federal Criminal Police of Germany) spokesman Markus Koth said women should trust their intuition. If they have an oppressive feeling about it, if they come across a group of men or a situation that poses a risk, they should definitely avoid the situation, be ready to take “detours,” and get help from police officers in the vicinity.

But if, despite all precautions, a woman is attacked by “asylum seekers,” she must defend herself “with courage and determination” by screaming loudly to alert passersby and ask them to “please call the police”. For example, you can say: “Hey you over there with the glasses in the blue anorak! Please call the police!”

If you are sexually assaulted, call or get on the government website hilfetelefon.de for advice.

Some other tips for women are: