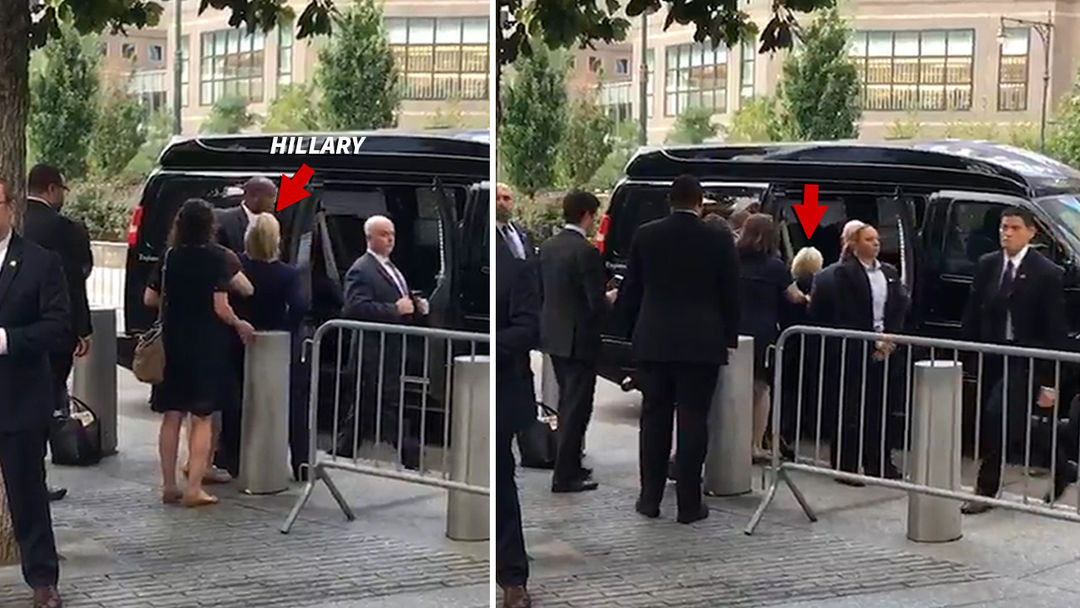 Hillary Clinton fainted and suffered a medical emergency yesterday, but the Clinton campaign and the media immediately launched a cover-up.

“A witness told Fox News that Clinton stumbled off the curb, her “knees buckled” and she lost a shoe as she was helped into a van during her “unexpected early departure.”

Campaign aides tried to keep the press away from Clinton as soon as they heard about the incident.

Video clearly shows that Hillary faints and stumbles before she is helped into the van.

Video clearly shows Hillary stumbled and fainted. Why is the media covering this up? pic.twitter.com/9HzKWtEp8F

Another angle shows that Hillary is leaning against a pillar and being held up by numerous people, but she still falls to the ground.

Hillary is being held up and she STILL collapses. But CNN isn't even reporting on this video. pic.twitter.com/E79kqQ5nol

However, the Clinton campaign later claimed that Hillary merely overheated before she “departed to go to her daughter’s apartment, and is feeling much better.”

Fox News’ Rick Leventhal said it was not a particularly hot day in New York.

CNN refused to report on the eyewitness who saw Hillary faint, claiming instead she was helped into a van and didn’t fall over. The video above proves otherwise.

For the last month and even after her coughing fits in Ohio, the mainstream media and the Clinton campaign have claimed questions about Hillary’s health are just “conspiracy theories”.

The cover-up of this incident is already in full swing.