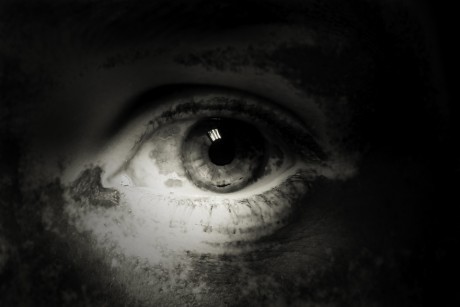 Just like during the last economic crisis, homeless encampments are popping up all over the nation as poverty grows at a very alarming rate.  According to the Department of Housing and Urban Development, more than half a million people are homeless in America right now, but that figure is increasing by the day.  And it isn’t just adults that we are talking about.  It has been reported that that the number of homeless children in this country has risen by 60 percent since the last recession, and Poverty USA says that a total of 1.6 million children slept either in a homeless shelter or in some other form of emergency housing at some point last year.  Yes, the stock market may have been experiencing a temporary boom for the last couple of years, but for those on the low end of the economic scale things have just continued to deteriorate.

Tonight, countless numbers of homeless people will try to make it through another chilly night in large tent cities that have been established in the heart of major cities such as Seattle, Washington, D.C. and St. Louis.  Homelessness has gotten so bad in California that the L.A. City Council has formally asked Governor Jerry Brown to officially declare a state of emergency.   And in Portland the city has extended their “homeless emergency” for yet another year, and city officials are really struggling with how to deal with the booming tent cities that have sprung up…

There have always been homeless people in Portland, but last summer Michelle Cardinal noticed a change outside her office doors.

Almost overnight, it seemed, tents popped up in the park that runs like a green carpet past the offices of her national advertising business. She saw assaults, drug deals and prostitution. Every morning, she said, she cleaned human feces off the doorstep and picked up used needles.

“It started in June and by July it was full-blown. The park was mobbed,” she said. “We’ve got a problem here and the question is how we’re going to deal with it.”

But of course it isn’t just Portland that is experiencing this.  The following list of major tent cities that have become so well-known and established that they have been given names comes from Wikipedia…

Most of the time, those that establish tent cities do not want to be discovered because local authorities have a nasty habit of shutting them down and forcing homeless people out of the area.  For example, check out what just happened in Elkhart, Indiana…

A group of homeless people in Elkhart has been asked to leave the place they call home. For the last time, residents of ‘Tent City’ packed up camp.

City officials gave residents just over a month to vacate the wooded area; Wednesday being the last day to do so.

The property has been on Mayor Tim Neese’s radar since he took office in January, calling it both a safety and health hazard to its residents and nearby pedestrian traffic.

“This has been their home but you can’t live on public property,” said Mayor Tim Neese, Elkhart.

If they can’t live on “public property”, where are they supposed to go?

This is the problem – people don’t want to deal with the human feces, the needles, the crime and the other problems that homeless people often bring with them.  So the instinct is often to kick them out and send them away.

Unfortunately, that doesn’t fix the problem.  It just passes it on to someone else.

As this new economic downturn continues to accelerate, our homelessness boom is going to spiral out of control.  Pretty soon, there will be tent cities in virtually every community in America.

In fact, there are people that are living comfortable middle class lifestyles right at this moment that will end up in tents.  We saw this during the last economic crisis, and it will be even worse as this next one unfolds.

Just like last time around, the signs that the middle class is really struggling can be subtle at first, but when you learn to take note of them you will notice that they are all around you.  The following comes from an excellent article in the New York Post…

Do you see grocery stores closing? Do you see other retailers, like clothing stores and department stores, going out of business?

Are there shuttered storefronts along your Main Street shopping district, where you bought a tool from the hardware store or dropped off your dry cleaning or bought fruits and vegetables?

Are you making as much money annually as you did 10 years ago?

Do you see homes in neighborhoods becoming run down as the residents either were foreclosed upon, or the owner lost his or her job so he or she can’t afford to cut the grass or paint the house?

Did that same house where the Joneses once lived now become a rental property, where new people come to live every few months?

Do you know one or two people who are looking for work? Maybe professionals, who you thought were safe in their jobs?

Don’t look down on those that are living in tents, because the truth is that many “middle class Americans” will ultimately end up joining them.

The correct response to those that are hurting is love and compassion.  We all need help at some point in our lives, and I know that I am certainly grateful to those that have given me a helping hand at various points along my journey.

Sadly, hearts are growing cold all over the nation, and the weather is only going to get colder over the months ahead.  Let us pray for health and safety for the hundreds of thousands of Americans that will be sleeping in tents and on the streets this winter.