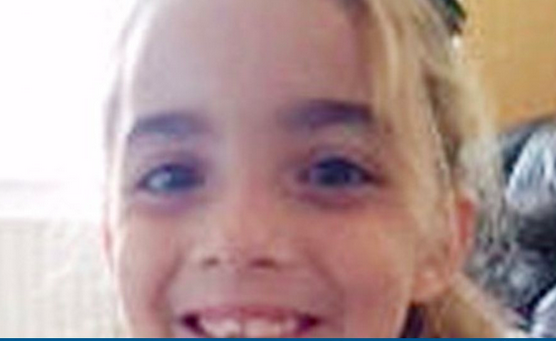 Mary Shipstone, an innocent 7-year-old girl, was murdered in cold blood by her father — the one man in the world to whom she should have always been able to turn for protection. But that is not how Islam works. Her mother, a Roman Catholic, had converted to Islam when she married Yasser Alromisse, but later rejected the faith. This led to a bitter custody battle.

A lawyer’s blunder led to the father being given his estranged wife’s address. Mary’s fate was then sealed — she was gunned down in front of her mother at her home near Rye on the South coast of England.

Western girls must realize that the rules and social mores change completely once they marry into Islam. Mary’s mother has learned this at a terrible price — the loss of her beloved daughter.

This Muslim migrant was just being a good Muslim by refusing to allow an apostate from Islam to live — certainly not any that he sired. He allowed the mother of the murdered child to live so she could live with her pain and agony. Who says Muslims aren’t tolerant?

Muslim illegal immigrant father who shot dead his daughter, 7, in ‘spite’ after her Catholic mother renounced Islam was accidentally sent the little girl’s address by her SOLICITORS

Today a serious case review into her death revealed that five months earlier, the girl’s mother, Lyndsey Shipstone, reported to police that her solicitor had inadvertently revealed her new address to Alromisse in legal papers.

Evidence also emerged that details of her previous addresses or identity were given to 46-year-old Alromisse by other bodies, including a bank and the Child Support Agency.

Lyndsey Shipstone has said she feels ‘let down and disappointed’ by the police taking no action on her new address being disclosed.

She also criticised some of the support she had received during her five-year court battle with Mr Alromisse over custody of their daughter.

She added: ‘Because it took so long, people underestimated the seriousness.

‘Actually there is a lot of danger – we had the briefest window and then Mary was killed and really nothing was OK.’

Mary Shipstone, was gunned down by her father Yasser Alromisse, right, as she stood next to her mother Lyndsey, together left, outside her home near Rye, East Sussex, after she returned from school.

The serious case review claims that no-one could have predicted or prevented the killing in Northiam, near Rye, East Sussex, on September 11 2014 (pictured)

Despite the disclosures, the serious case review concluded that no-one could have predicted or prevented the killing in Northiam, near Rye, East Sussex, on September 11 2014.

The couple, who met in Skelmersdale, Lancashire, had married in Liverpool in 2005 after Mrs Shipstone converted to Islam, friends said. She had been a practising Catholic but converted to Islam and quickly became devout.

The couple had a daughter named Yasmin Miriam in September 2001, but she died eight months later.

Mary was later born in 2006 but according to former neighbours, social services had to intervene, with orders barring Alromisse from being alone with his child.

They reconciled briefly in 2010 as Ms Shipstone feared isolation from their mosque if they did not, but the violence worsened and he once locked her and her daughter in the toilet.

She said: ‘When I last saw him at court I thought he might try to take her. But it never occurred to me that he would try to murder her.’

The murder has been labelled a ‘spite killing’ – intended to deprive Ms Shipstone of her daughter as he was losing the custody battle.

The last words Lyndsey said to her daughter as she put the key into her front door were: ‘You’ll like what I’ve done to your room.’

She had been living there with her daughter for a year and Mary had settled into her school.

A heartbroken Ms Shipstone, speaking recently said: ‘She was the happiest she had been for a long time.

‘She was learning the violin and learning to dance and doing all the normal things.

‘She was a happy girl and she was developing as a person in her own right, which is what every child deserves.’