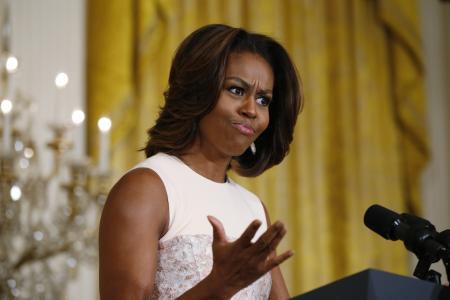 While everyone is talking about Creepy Uncle Joe Biden taking over for Hillary if she’s too unfit (or dead) to continue in the presidential race, here’s someone most people probably didn’t consider: Michelle Obama.

After you get over your initial disgust at the mere thought, think about it for a second and it actually starts to make sense.

First, you have the fact that Obama is constantly lamenting term limits and how much he doesn’t want to leave the White House. Hillary is (was?) running as Obama’s third term… If Michelle steps in now, it will be.

Second, if you recall it was senior Obama advisor Valerie Jarrett who first dropped Hillary’s email server scandal bomb, expertly timed with the announcement of Hillary’s run for president to mire her in scandal from the get go. Word is, the Obamas actually hate her. Is this why they could go through backing someone they obviously loathe throughout her run? They were biding their time knowing that a bait-and-switch was coming?

Third, Michelle and her husband have worked very hard at race baiting and pushing the race war ala Black Lives Matter etc. and there does seem to be a lot invested in how America needs to “break the glass ceiling” with a woman president.

At a time when race relations in this country have been manufactured to regress back to civil rights days, enter Michelle Obama, first black woman president?

She loves to throw out that line about how she wakes up every day in a house built by slaves… but it obviously doesn’t bother her enough to move out. In fact, she’d probably love to stay just where she is.

But can you actually imagine it? Michelle 2016?

If our nation’s school lunches are any indication there, we’re totally screwed. 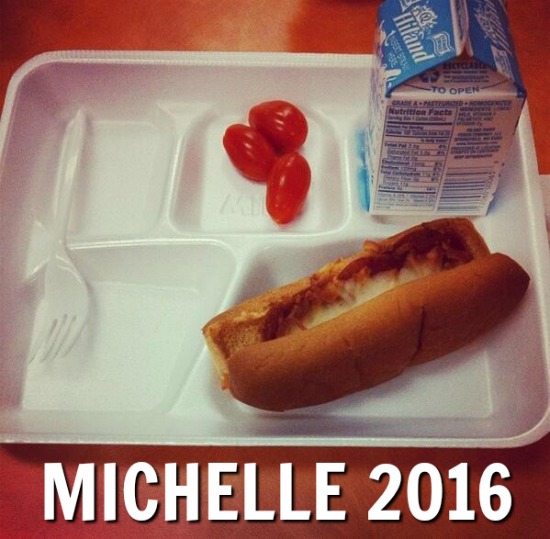