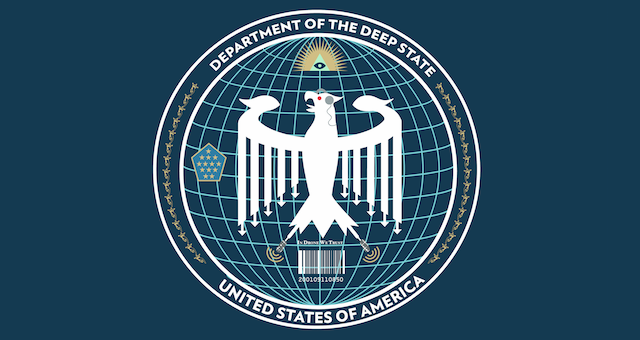 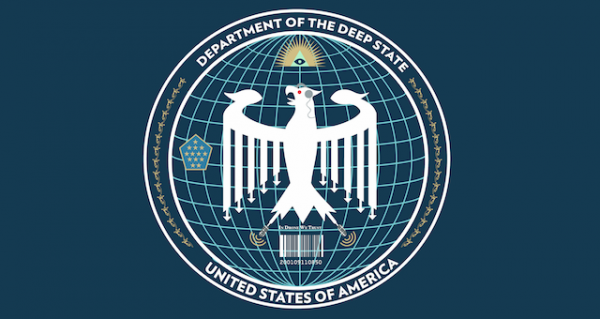 The American people are again fully enthralled in the puppet show of national elections, and while arguments grow ever-more heated and partisan, the fact remains that no matter which way we vote there will remain a deeper state which represents the real and unchanging forces driving the destiny of this country and of the world.

Even veteran politician’s such as the constitutionally-minded Ron Paul have publicly stated that your vote doesn’t matter as long as the ‘Deep State’ continues to exist, living off of funds syphoned from tax payers and scuttled into covert, black-ops and secret budgets.

“The elections don’t matter. This is a ritual that we go through… My belief is that the control is the Deep State, and people have to realize that.” ~ Ron Paul

Former Republican U.S. Congressional aide Mike Lofgren who retired in 2011 after 28 years as a Congressional staffer defines the Deep State as follows:

These are the institutions, agencies and ongoing programs that are above the law, beyond scrutiny and operating in near total secrecy. They truly couldn’t care less who the American people vote for come this election day as their powers are now so fully entrenched that in spite of whichever political puppet sits in the White House they will still be able to muster the funds and authority to continue on with their subversive, anti-democratic agendas.

1. Intelligence Agencies – Business Insider reports that US intelligence community is comprised of 17 discreet agencies that operate with enormous budgets and incredible secrecy, bringing total surveillanceand total information awareness to bear on the people of earth.

“Oversight of these agencies generally falls to the Department of Defense or Congress, leaving the average citizen with precious little knowledge of how they operate.

Funded by largely classified budgets, it’s difficult to assess how much the U.S. annually spends on these clandestine operations, but one 2012 estimate pegs the cost at about $75 billion.” [Source]

2. DARPA – The Defense Advanced Research Projects Agency is the scientific vanguard of the Deep State, and the world’s pioneer of advanced technology, bringing science fiction to life. With an on-the-record annual budget of close to the $3 billion, their role in our world seems to be to absorb any and all human innovation and re-direct it toward the art of killing and controlling people. A simple Google search of ‘DARPA’ reveals an endless array of incredibly cool science projects, and public science competitions designed to discover and recruit the greatest upcoming scientific minds the human race produces.

Their influence in our world cannot be understated, both for their positive contributions to society, such asdevelopment of the internet, and for their nefarious re-works of every great scientific idea. Their work will continue unabated no matter who is president.

3. Wall Street and Silicon Valley – Wall Street is the organization of criminal bankers and law firms who’ve managed to re-configure government and global finance to work in their favor, allowing them to privatize profit and socialize losses, guaranteeing the infinite enrichment of the 1%. Their power, originally garnered with the creation of central banking and banking corporations like The Federal Reserve, is now maintained and concentrated by their technological sophistication through their coordination with Silicon Valley.

Scientist, author and celebrated technological philosopher Jaron Lanier writes of the banking elite’s ability to outpace even any regulatory agency’s ability to understand and control the technology now involved in exacting trades, due to the simple fact that private companies with endless resources can afford to buy the best minds on earth.

As Lanier puts it, “there was a high-tech network scheme at play that seemed to concentrate wealth while at the same time causing volatility and trauma for ordinary people, particularly taxpayers who often ended up paying for a bailout.” No individual investor can compete with these Siren Servers, no matter how smart or lucky. [Source]

Combined, the powers of Wall Street and Silicon Valley effectively own the U.S. government and rest assured, whichever candidate makes it to inauguration day, they will be well-funded by, and well-respecting of the powers-that-be on Wall Street.

4. The Military Industrial Complex’s Defense Contractors – The Orwellian permanent war is not a necessity in our modern world, but rather a natural by-product of exorbitant, unfettered investment in the arms race. The list of defense contractors that comprise the military industrial complex and manufacture and produce the equipment and war material that makes endless war a permanent feature of the modern world is, again, noted by Business Insider. At the top of their list of nine companies is Lockheed Martin, followed by Boeing, Ratheon, General Dynamics and Northrup Grumman, all receiving tens of billions of dollars annually from the federal government.

Their power is derived from the good-old-boy and revolving door network of government insiders and private sector free-agents who compete for taxpayer money and contracts. Both Trump and Hillary are supportive of this network, so take your pick.

5. The Secret Black Budget and Space Programs – These are the programs that are spoken of mostly in rumors. The best guess is that they are funded by money stolen from the American people and operate in locations such as the fabled Deep Underground Bases (DUMB’s) under the protection of the military. We know they exist because of occasional media leaks about their technological achievements and secretly funded programs, yet information is often sketchy. None-the-less, their works will continue to influence the direction of global conflict while pushing the world toward a space-based economy no matter which candidate you choose.

The Missing Trillions of Taxpayer Money

Former Wall Street investment bank director, and former assistant secretary United States Department of Housing and Urban Development during the first Bush Administration, Catherine Austin Fitts estimates that some $40 trillion dollars in taxpayer money has disappeared in recent decades from the budgets of the Pentagon and other agencies and has been covertly directed toward the operations of these Deep State institutions.

In 2015 the gross domestic product of the U.S. economy was close to $18 trillion, meaning that, at least, over 2 years full years of American productivity has been vaporized by the secretive government, and most recently some $6.5 trillion was reported missing from the Pentagon. This is how the Deep State is funded and why the elections play such an important role in distracting the American public.

In light of revelations about the existence and operations of these agencies, as well as their speculated funding by missing public money, voting for a president is rightfully acknowledged as futile. For those of us truly seeking positive change in a world where government is completely unaccountable to the people who fund it, there’s simply no way to ignore the relevance of exposing the Deep State.

“As all governments—sometimes for good reasons—engage in concealment of their more questionable activities, or even resort to out and out deception, one must ask how the deep state differs. While an elected government might sometimes engage in activity that is legally questionable, there is normally some plausible pretext employed to cover up or explain the act.

But for players in the deep state, there is no accountability and no legal limit. Everything is based on self-interest, justified through an assertion of patriotism and the national interest.” ~ Philip Giraldi

Dylan Charles is a student and teacher of Shaolin Kung Fu, Tai Chi and Qi Gong, a practitioner of Yoga and Taoist arts, and an activist and idealist passionately engaged in the struggle for a more sustainable and just world for future generations. He is the editor of WakingTimes.com, the proprietor of OffgridOutpost.com, a grateful father and a man who seeks to enlighten others with the power of inspiring information and action. He may be contacted at [email protected].

This article (The Deep State Institutions that Couldn’t Care Less Who You Vote For) was originally created and published by Waking Times and is published here under a Creative Commons license with attribution to Dylan Charles and WakingTimes.com. It may be re-posted freely with proper attribution, author bio, and this copyright statement.