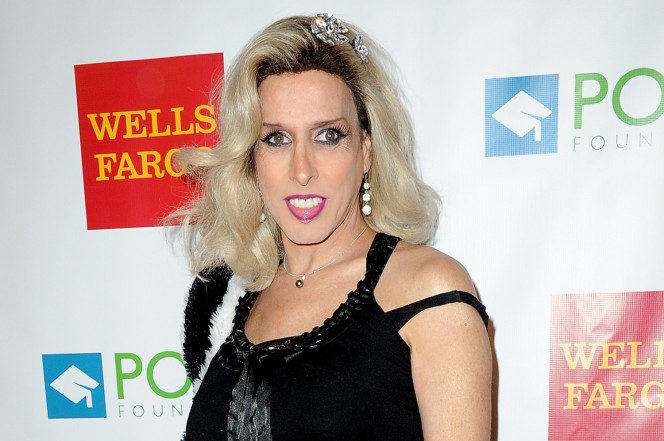 We’ve been inundated with paeans to and glamorous images of the former Bruce Jenner, poster-it for transgenderism — a biological impossibility.

Remember this Vanity Fair cover pic of call-me-Caitlyn Jenner, oh-so carefully posed to conceal his huge man-hands behind his back?

Bet you never heard of another Hollywood transgender named Alexis Arquette who recently died, even though he’s the brother of famous actors Rosanna, Patricia, David, and (less famous) Richmond Arquette.

That’s because Alexis had lived alone and broke in a charity apartment before he died of AIDS at the age of 47, which doesn’t fit the media’s transgender propaganda script.

So who was Alexis Arquette?

According to Wikipeida, the creature who called himself Alexis Arquette was born Robert Arquette on July 28, 1969 — the 4th of 5 children of actor-director Lewis Arquette and actress-activist Brenda (née Nowak). Lewis converted to Islam from Catholicism; Brenda is Jewish of Russian and Polish descent.

Below is a 2000 pic of 31-year-old Robert Arquette before he became Alexis, standing next to a frighteningly demonic-looking person who is partially visible (source):

Robert Alexis Arquette was an actor, cabaret performer, and transgender activist who, in his late 30s, documented on camera his “transition” from male to female in Alexis Arquette: She’s My Brother, which debuted at the 2007 Tribeca Film Festival.

As reported by Radar Online, on September 11, 2016 Alexis Arquette died from an AIDS related stroke in a Los Angeles hospital:

In the weeks before her passing, Arquette’s lengthy battle with HIV became worse than ever, with an infection in her liver spreading throughout her body.

According to sources, Arquette was determined be self-sufficient in her final months, living in a West Hollywood apartment complex run by The Actors Fund that provides housing to residents who have been diagnosed with HIV and have an annual income ranging from $17,400 to $29,000.

In his last days, Arquette seemed to regret his “transitioning”.

In his final public appearance last April at RuPaul’s DragCon, an annual drag convention in L.A., Arquette dressed as a man for the event, looking gaunt. According to the Hollywood Reporter, in the days leading up to his death, Arquette was living as a man, and “struggling to make ends meet.”

On the day of his death, his brother Richmond posted this convoluted remark on Facebook: