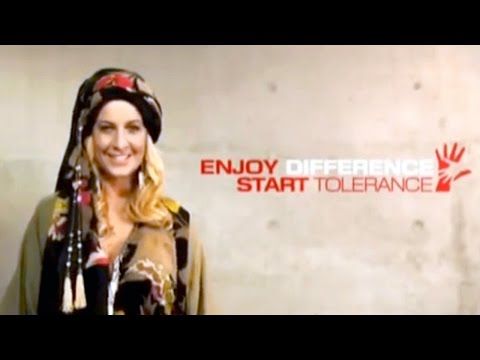 Country gives up on integrating Muslim migrants, chooses to submit to Islam instead

Germany appears to have given up on integrating the millions of Muslim migrants pouring into the country and is instead encouraging German citizens to submit to Islam.

The commercial begins with the text “Turkish women wear the hijab,” as a veiled woman is seen with her back to the camera.

However, when she turns around it immediately becomes clear that the woman is a white, blonde-haired German, before she states, “Me too! It’s beautiful!”

The campaign is funded by the United Nations Educational, Scientific and Cultural Organization, as well as German taxpayers, who are forced to obtain a state television license or face prison time.

Instead of reversing its suicidal immigration policy, it appears as though Germany is now encouraging its female population to avoid the mass sex assaults committed by Muslim migrants in numerous major cities by submitting to Islam and covering themselves up.

Holding potential rapists at arms’ length, not wearing provocative clothing, or wearing sneakers so they can run away – all advice given to German women by authorities – appears to not be working.

With birth rates in the central European nation flatlining, as Germans become less interested in sex, the dream of Green Party leader Stefanie von Berg, who celebrated the fact that mass migration will bring an end to German majority populations in cities within a few decades, is drawing closer.

Despite the left’s recent efforts to re-brand the hijab as a form of female empowerment, it’s actually a symbol of oppression.

“Well-intentioned women are wearing headscarves in interfaith “solidarity.” But, to us, they stand on the wrong side of a lethal war of ideas that sexually objectifies women as vessels for honor and temptation, absolving men of personal responsibility,” writes Asra Q. Nomani, founder of the Muslim Reform Movement.