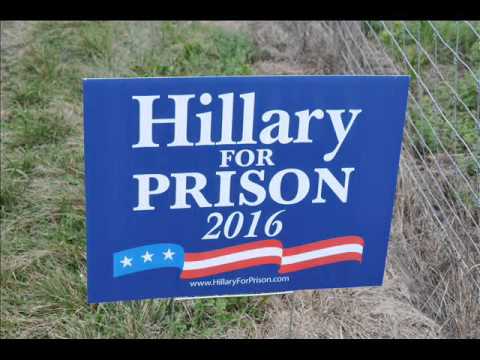 Hillary Clinton was caught in an embarrassing moment when someone at her rally yelled “Hillary for prison!”, to which the presidential candidate responded, “Let’s make it happen!”

The cringeworthy moment was captured on film.

Given her now notorious propensity for being constantly “confused,” Hillary probably thought the man was saying “Hillary for president!,” but nothing could be further from the truth.

The “Hillary for prison” mantra has become a nationwide meme ever since Infowars began selling t-shirts bearing the slogan last year.

As the Spectator reports, the slogan subsequently became the theme of the Republican National Convention in Cleveland and has become a “rallying cry” for conservatives infuriated about Hillary’s corruption.