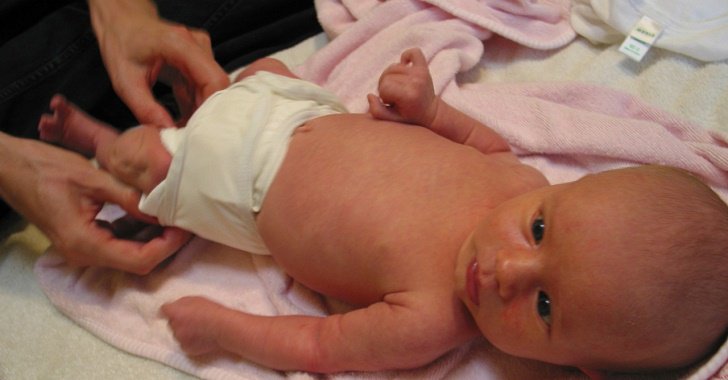 If you’ve never had a good reason to condemn a governmental body for its brash policies, both the Supreme Court of Arizona and the state’s legislature may have just come to the rescue.

In a decision that reaffirms a draconian sexual abuse law, the state’s Supreme Court just upheld a statute that defines sexual abuse and molestation of a child “in such a way that intentionally or knowingly touching the genitals or anus of a child or the breast of a female younger than fifteen is a felony,” Matt Brown of Mimesis Law writes.

This means changing your child’s diaper might be just enough reason for you to go to jail.

The court decision followed a review of State v. Holle, a case involving a stepfather who was convicted of sexually molesting his stepdaughter. Upon conviction, Jerry Charles Holle urged the justices “to limit the statutes’ scope by interpreting the ‘touching’ element to require some sexual intent.” Despite his attorneys’ argument that Holle “was not motivated by a sexual interest,” the Arizona Supreme Court decided to read the piece of legislation in its literal form, upholding that “the law’s sweep encompasses wholly innocent conduct, such as changing a diaper or bathing a baby.”

In the dissent to the majority’s ruling, Chief Justice Bales and Justice Brutnel wrote that from now on, “[p]arents and other caregivers who have changed an infant’s soiled diaper or bathed a toddler will be surprised to learn that they have committed a class 2 or 3 felony.”

Perhaps the most absurd part of this entire ordeal, the dissent appears to contest, is the fact that the majority of justices sitting in the Arizona Supreme Court believe changing diapers is a serious offense, making parents, grandparents, nannies, and siblings all “child molesters or sex abusers under Arizona law.”

Yet defendants “are afforded an ‘affirmative defense’ if they can prove by a preponderance of the evidence that their touching ‘was not motivated by a sexual interest’. … [allowing the defendant to persuade] the factfinder that the ‘criminal conduct’ should be excused.” In other words, Arizona justices upheld the law’s literal meaning while also claiming defendants have a right to persuade them to the contrary, effectively ruling that their own interpretation of the law is unsound.

Chief Justice Bales and Justice Brutnel continued in their dissent, asking the question: “[M]ay the state, consistent with due process, sweepingly criminalize a broad range of conduct embracing both innocent and culpable behavior and assign to defendants the burden of proving their innocence?”

According to Brown, legislators who have worked to make this law a reality appear to believe they are immune to A.R.S §13-1404, or Arizona’s sexual abuse law, trusting that “prosecutors wouldn’t target anyone who matters to them.”

It’s hard to imagine none of the lawmakers involved in passing this law “have ever had children” or known someone who may have had a child, Brown continues. Whatever the case, Brown contests that it’s preposterous to consider these same lawmakers and justices “don’t believe the tremendous power they’ve given prosecutors could be abused.”

Referring to the recent case of the state’s most powerful prosecutor being disbarred for abusing his power, Brown defends his position and adds that the justices who wrote the ruling seem to be “unaware” of all the news stories covering the state’s addiction to abusing power.

He closes his argument by emphasizing the court’s lack of professionalism, saying “[t]he majority’s opinion can really be summed up as ‘just trust them.’”

To Slate’s Mark Joseph Stern, the regretful ruling on State v. Holle turns Arizona residents “into unknowing criminals,” gutting constitutional rights of parents, nannies, grandparents, and other relatives within the boundaries of the state.