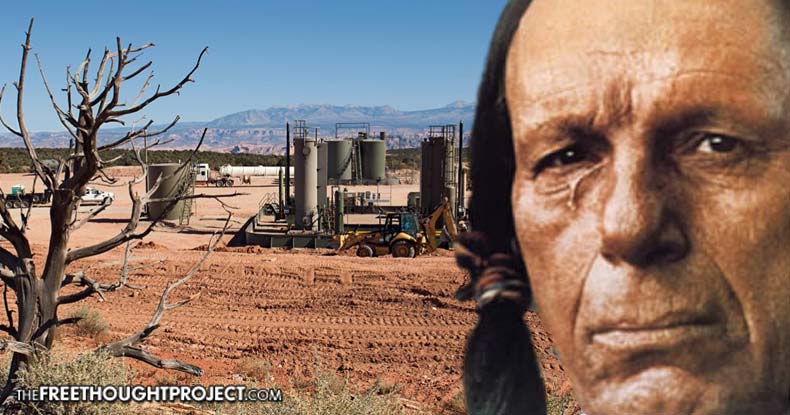 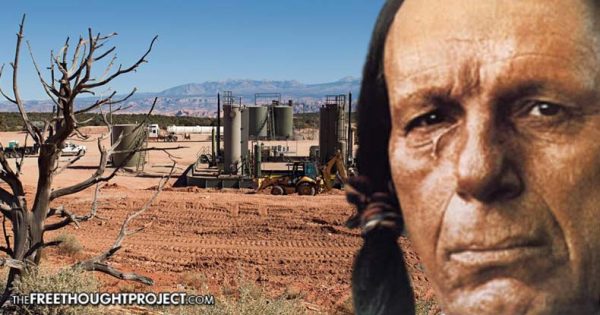 Three years ago, Utah Congressmen Rob Bishop and Jason Chaffetz came up with a proposal called the Utah Public Lands Initiative. This proposal would turn more than a quarter of the Ute Tribe’s land into oil and drilling zones. Now, after pining away for three years, the initiative has transformed into HR5780 and will be pushed through the US House of Representatives in just a few weeks.

This government grab of Native American land is the first of its kind in over 100 years.

According to the authors of the Utah Public Lands Initiative, it is to build consensus among stakeholders in eastern Utah to designate lands for conservation and development.

The Public Lands Initiative is a locally-driven effort to bring resolution to some of the most challenging land disputes in the state of Utah. The initiative is rooted in the belief that conservation and economic development can coexist and make Utah a better place to live, work, and visit

While Congressman Bishop’s proposal may sound fair on the surface, he is one of Congress’ top cheerleaders for oil and gas development and a dogged critic of environmentalists.

Given the recent destruction of sacred Native land at Standing Rock during the construction of the DAPL, the Ute tribe tends not to agree with the congressman and is already planning to fight it. They’ve since formed a committee to discuss how.

“The actions of Bishop and Chaffetz would seek to divest the Ute Indian Tribe of their ancestral homelands,” the committee wrote in an op-ed for the Salt Lake Tribune. The committee said that this proposal runs the risk of returning to “failed policies of tribal land dispossession that have had a devastating and lasting impact upon tribal nations for the past century.”

According to the tribe’s website, this bill would directly impact 100,000 acres of Ute reservation lands, home to more than half of the tribe’s population. This land has been inhabited by natives for more than 11,000 years as the rock paintings and petroglyphs show.

“This modern day Indian land grab cannot be allowed to stand,” the committee said. Bishop and Chaffetz’s actions also defy common sense. The bill involves seven counties in eastern Utah. Our 4.5 million-acre reservation overlaps these counties and makes up 26 percent of the total land area covered by the bill. Representing more than a quarter of these eastern Utah lands, the tribe should have been a major participant in the development of any bill to address problems in federal land management. We were not.

However, the Ute tribe is not buying it, noting how they’ve been kept out of the loop the entire time.

The area in question is also well-known for its rich mining deposits including uranium and potash with deposits of tar sands present as well. For years, oil and gas companies have been eyeballing the region for drilling. And, now, thanks to the power of corporatism, they will be able to act.

It is important to note that voluntary innovation and exchange of goods and services and legal land acquisition are not the problems in this scenario. The problem here is that oil and gas companies are able to use the power of the government to grant themselves special privileges and land rights not afforded to others. Some of these special privileges include acquiescing large swaths of land through federal land grabs like this one to provide a low cost alternative to actually paying willing customers to use their land.

As the Native American versus Big Oil issue continues to divide the country down party lines, it is important to note that there is nothing legitimate about taking land — be it for progressive causes or conservative ones.

Without the state as their strong arm, Big Oil, like everyone else, would have to ethically go about business. Instead of being given a pass by the government for their rampant pollution and unethical business practices, they would be held accountable by the citizens. Instead, we are held hostage thanks to their government-granted monopoly on energy.

The outpouring of support over the DAPL is heartening, indeed. However, if ‘more of the same’ tactics are employed as ostensible solutions, any progress made by these protests will be temporary and in vain.