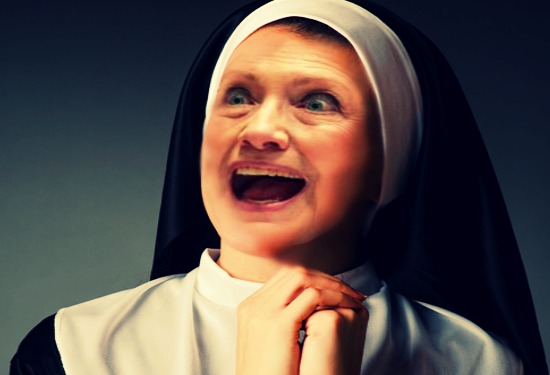 More and more people are realizing that the Clinton Foundation is a giant money laundering scheme that Hillary was using as a “pay for play” with foreign governments for “favors” during her tenure as Secretary of State and who knows how far and deep that rabbit hole truly goes. It’s global and the US government is acting like its just as untouchable as Hillary is.

While she refuses to answer questions about her “charitable foundation,” her husband Bill just keeps parroting how philanthropic the Clinton Foundation is, how they take money from rich people and charitably give it to the poor and how they help sick people all over the world. One TV pundit even laughably claimed that people would die without the Clinton Foundation because they help people who have AIDS.

Oh yeah? Is that so?

Former President Bill Clinton and his Clinton Health Access Initiative (CHAI) distributed “watered-down” HIV/AIDs drugs to patients in sub-Saharan Africa, and “likely increased” the risks of morbidity and mortality, according to a draft congressional report obtained by The Daily Caller News Foundation.

The congressional report, titled,“The Clinton Foundation and The India Success Story,” was initiated by Rep. Marsha Blackburn, a Tennessee Republican and vice-chair of the House Energy and Commerce Committee…

The Clinton Foundation has partnered with a drug firm Ranbaxy for over a decade now since 2003, an Indian firm that pleaded guilty to seven criminal counts in 2013 including introduction of adulterated drugs into interstate commerce and intent to defraud. They were fined $500 million by the Department of Justice, the largest financial penalty ever paid by a generic pharma company in the US.

That same year in a speech in Mumbia, Bill praised Ranbaxy as “saving millions of lives.”

The watered-down drugs were cited as “perhaps even accelerating death from HIV-related infections”.

In other words, killing people.

Bill Clinton also an signed executive order back in 2000 which “‘relaxed intellectual property policy standards,’ promising the U.S. government‘would not revoke or revise the intellectual property laws of any ‘Sub-Saharan country’ relating to HIV/AIDS medicines or technologies,’”according to the report. The foundation’s partnership with Ranbaxy also allowed the company’s drugs to be purchased by the U.S. government under a $15 billion Emergency Plan for AIDS relief initiative started by George W. Bush, in addition to the millions it received annually through USAID.

The company first got caught with shoddy drugs back in 2004, the year after they partnered with the Clinton Foundation.

Whatever is truly going on over there, this is just the tip of the corruption iceberg… and these corrupt liars are trying to take the White House again.