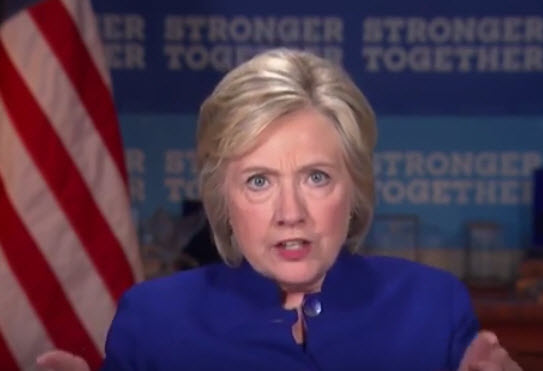 Sure, this is only a minute long, but it’s a minute-long glimpse into the unmitigated, PTSD-inducing nightmare that will be life under Madam President Hillary Clinton for the next four years.

Whatever you do, don’t listen with the volume up too loud.

If this is an ad to get people to vote, is it so they’ll vote for Trump or…? Because no one is going to want to vote for the wicked stepmother from a Disney movie come to life that is Hillary in this video.

This isn’t just anger over the obvious fact that she’s losing because the majority of America can’t stand her. It’s not just bad acting or failed directing. Maybe a combo of all three with a healthy dose of injectable pharmaceuticals?

Is she having difficulty CONTROLLING THE VOLUME OF HER VOICE?!:

Someone said she looks absolutely unhinged. Seems like a perfect word for it.