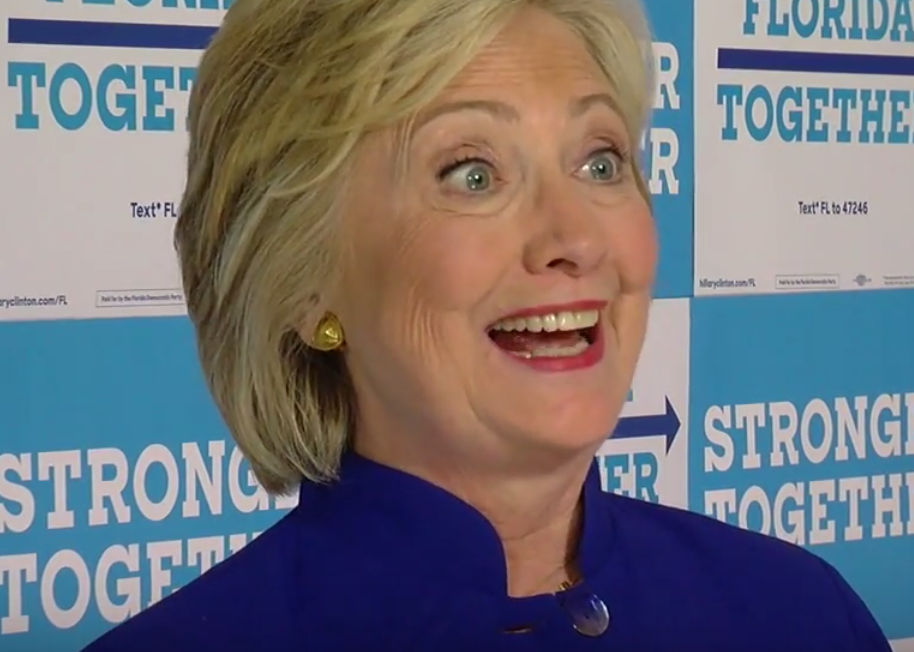 Back to the weirdest election in the history of America, all of Hillary’s interviews now consist of two standard questions: how can she get the American people to trust her as president after the whole email server, “above the law” fiasco (short answer? she can’t), and questions about her health problems.

It’s impossible to think this woman could actually be president considering her interviews into how she’d actually lead barely go past the realm of “But aren’t you a sick liar?”

In a new exclusive interview with ABC’s Sarina Fazan, Hillary was once again asked about how can America trust her; but then Fazan went farther on her health, asking Clinton if she needs to take some sort of neurocognitive test.

What transpired afterward was awkward and slightly uncomfortable to watch:

“I’m very sorry I got pneumonia,” Hillary said, at first trying to laugh the suggestion off. “I’m very glad that antibiotics took care of it. And that’s behind us now. I’ve met the standard that everybody running for president has met in terms of releasing information about my health.”

Fazan, who revealed her brother is a neurosurgeon, pressed her again but Clinton wouldn’t budge.

“There’s no need for that. The information is very clear. And the information, as I said, meets the standards that every other person running for president has ever had to meet – and I’m happy that we’ve met and even exceeded them in certain ways,” she said.

Getting one’s doctor to lie about being in good health doesn’t mean anything, and since a large majority of the country already thinks Hillary has lied about everything else, no one is going to buy this either.

The question seems to be in direct response to the fact that videos of what appear to be Hillary’s eyes moving out of sync at one of her rallies have gone viral over the past week.

It was still happening, even in this interview where she’s denying she has a problem. 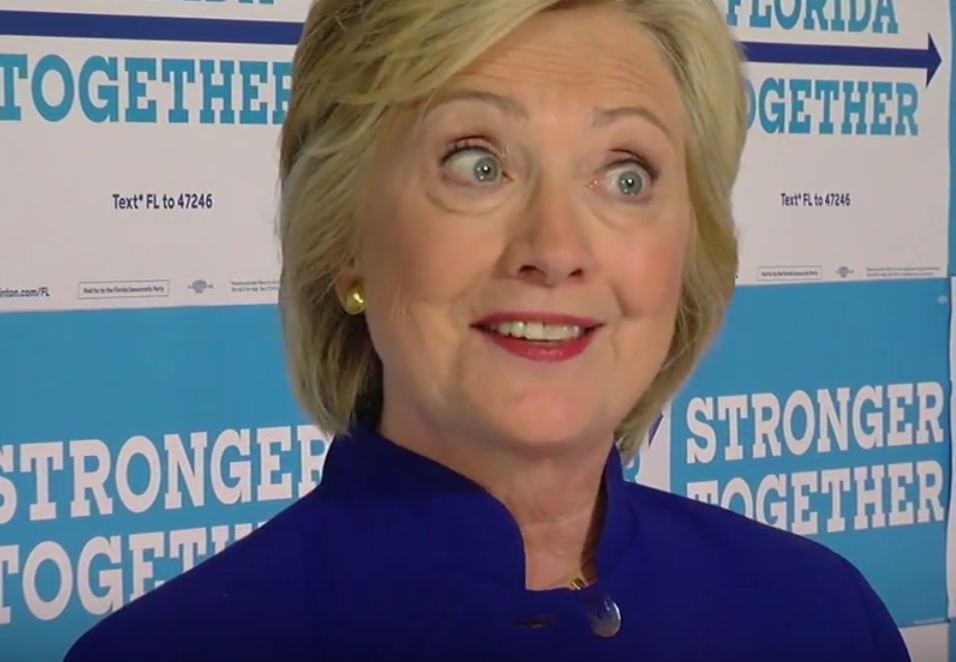 See for yourself below: