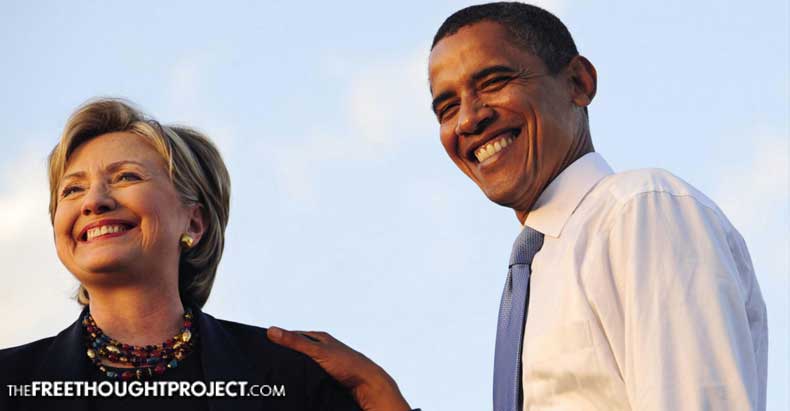 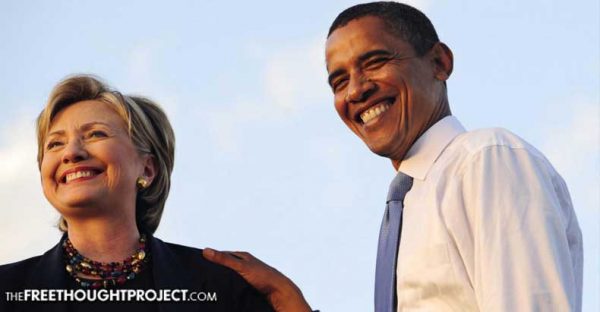 FBI documents pertaining to the investigation of Hillary Clinton’s private email server show not only did President Obama know about her use of the server, he used a pseudonym to communicate with her — and at least one of those email exchanges wound up on the controversial server.

On Friday, the FBI released 189 pages of heavily-redacted notes from interviews with Clinton’s aides, State Department employees, and even the Romanian hacker Marcel Lazar, better known as ‘Guccifer.’

As Zero Hedge noted, much of the information has previously been made public, but — even with the agency’s pronounced use of white highlighter — there are some revealing details from the interviews.

Particularly, the interview with one of Clinton’s closest aides, Huma Abedin.

In the agency’s notes, Abedin explained that although she, herself, did not know the President’s email address, she believed the then-secretary of state did — and she also recounted that when Clinton “changed her primary email address they had to notify the White House so” her emails wouldn’t be rejected by Obama’s secure server.

Abedin was then shown an email exchange between Clinton sent by someone whose name she did not recognize. Dated June 28, 2012, with the subject line “Re: Congratulations!” the FBI then told Abedin the name was believed to be a pseudonym used by the president. Shocked, before requesting she be provided with a personal copy, she exclaimed,

“How is this not classified?”

But Abedin, herself, had not exactly been prudent in her email communications. In her interview with the FBI, agents learned she may have forwarded most, if not all information from her official State Department account to her Yahoo email account “if she needed to print an email or document” — because, apparently, it was “difficult” to print directly from her government account.

Zero Hedge reports that “In light of the recent revelation that half a billion Yahoo user accounts have been hacked definitively as of 2014 — and perhaps sooner — a quick scan of the dark web might reveal countless state department emails floating around in the hacked cloud, some perhaps originated from the president himself.”

“I want the public to see my email,” Hillary tweeted at the time. “I asked State to release them. They said they will review them for release as soon as possible.”

Despite her panicked BleachBit purge of thousands of emails, if what Zero Hedge posited is indeed true — that the Yahoo hack includes Abedin’s account — perhaps Clinton’s missing emails already have been found. Perhaps, ultimately, the public will see the presidential hopeful’s emails — despite the blatant hypocrisy of the claim she wanted them to be released.

Additionally, this presents the president with a potential quandary.

From the beginning, following the first revelation Clinton set up a private email server for all her communications, Obama has maintained he was unaware she had done so and learned about it, like everyone else, by watching the news.

Asked by CBS News senior White House correspondent Bill Plante in an interview in 2015, when he had learned of the Clinton server, Obama replied,

“The same time everybody else learned it through news reports.

“The policy of my administration is to encourage transparency, which is why my emails, the BlackBerry I carry around, all those records are available and archived. I’m glad that Hillary’s instructed that those emails about official business need to be disclosed.”

But if Clinton had to alert the White House to her new email address — an address without the government-issued ‘.gov’ suffix the president said he knew — and Obama used a pseudonym when communicating with his secretary of state, his ignorance of the private server has been feigned all along.